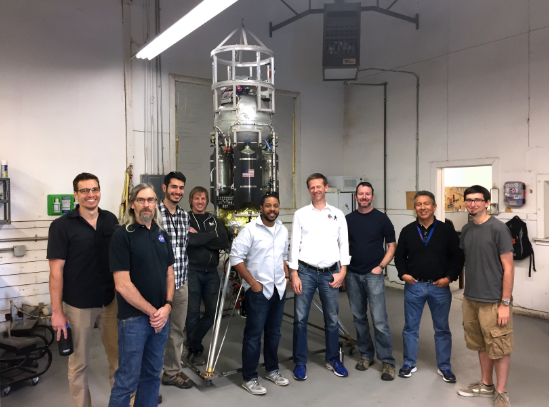 Despite his setbacks with his heavy SLS launcher that has already cost him $ 23 billion for a
a very meager result, the US space administration intends to put a number of ships inhabited or not on the various bodies of our solar system.

It is for this reason that it develops a retrofusée landing system, a bit like SpaceX. This is called the Cobalt project.

So far, NASA has favored the use of parachute or giant airbag to land its probes on Mars. These techniques have a big flaw: they are not very precise and only allow to target an area of ​​a few hundred square kilometers only. Now we know well Mars and its points of interest: we would like to be able to ask probes exactly where we want to conduct research without having to roll for four years to get to the place that interests us.

Well mastered, landing by retrofused allows to land accurately, of the order of one meter. SpaceX has demonstrated it several times this year and that’s why NASA is developing Cobalt, which is a little bit for the US Space Administration what the Grace Hopper (GHC) was for SpaceX, ie a technical demonstration.

The device, which has just finished its first test campaign and is getting ready for a second during
summer, uses a Doppler Lidar to position itself.