All about NASA’s Commercial Crew Development Program (CCDev) and news 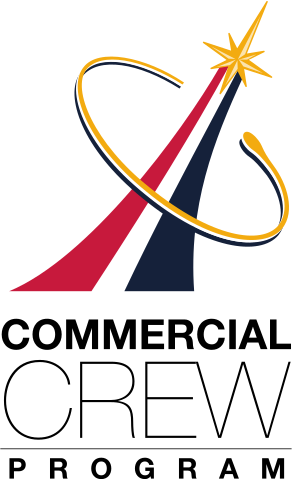 On the other hand, Boeing has just passed the test of 3 parachute with its space capsule CST-100 Starliner. NASA must ensure that even in the worst situations, these spaceships offer maximum chances of survival to its astronauts. As long as the result is not perfect, the manufacturers are responsible for studying the cause of these failures and correcting them.

Because of this parachutes issue and the SuperDraco engines at the origin of the explosion of three weeks ago, we will have to be patient before seeing a Crew Dragon flying with astronauts on board. Even at Boeing, the calendar may not have finished sliding. If we add to that the misadventures of Soyuz at the end of last year, we can conclude that sending men into orbit is still very far from being a routine exercise.

NASA’s Commercial Crew Development program is of prime importance to the US Space Agency. It must allow the United States of America to regain its independent capabilities for manned space flight. Since 2011, the year of the end of the space shuttle program, the United States of America has been using Russian capabilities to send Americans into space. It is a politically complicated situation. How a country that spends far more than others in its space activities end up with such a problem ? This is not NASA’s first difficulty for manned flights. The last flight of the Apollo capsule in 1975 was followed by almost 6 years without any manned flight, until the launch of the space shuttle in 1981. This shows the great complexity of developing a new vehicle for send men into space. However, currently three space vehicles are being developed in the United States of America : Orion should allow the country to embark again on missions beyond the low orbit. The other two vehicles, SpaceX’s Crew Dragon and Boeing’s CST-100 Starliner, are dedicated to serving the international space station.

In 2003, the tragedy of the space shuttle Columbia that killed its seven crew members precipitated the end of the program. The space shuttle is needed to assemble the ISS, so it continues to fly until 2011. However, NASA had to prepare the future. The Bush administration bet on the Constellation program, which aims to provide the United States of America with a spacecraft and several rockets to carry out manned missions to the low orbit and beyond. The Constellation program was canceled in 2010, a year before the end of the space shuttle program. NASA may be unable to conduct manned missions for a long time. To avoid the total stopping of American astronaut flights, an agreement is reached with the Russians. The US space agency buys space in Soyuz space capsules for $ 70 million per astronaut.

NASA then turns to private industry, as for the cargo service missions to the ISS. A specific program is launched in 2009, the Commercial Crew Development Program (CCDev). The US space agency asks its industrial partners to propose new space ship concepts. 36 companies answer the call, including Boeing, but also many start-ups like SpaceX, Blue Origin, Bigelow or Sierra Nevada Corporation. The CCDev program starts very slowly with a $ 50 million envelope. At the time, Constellation still monopolized much of the US budget effort. NASA selects five companies that will share the budget : Blue Origin, Paragon Space and ULA are responsible for developing systems associated with human spaceflight. Most of the funding goes to Boeing and Sierra Nevada. Both companies are in charge of developing spacecraft capable of taking men to low orbit. The Sierra Nevada proposal takes up the space shuttle concept, while Boeing’s concept returns to a mission architecture using a space capsule, as Apollo did. The names “Dream Chaser” and “CST-100” emerge at this time.

In April 2011, NASA announced a much larger budget envelope of $ 270 million. Four companies share it. Boeing and Sierra Nevada can consider more seriously the development of their spaceship. They receive $ 92 million and $ 80 million, respectively. A third significant budget envelope is allocated to SpaceX, which enters the program with $ 75 million. Elon Musk’s company is in charge of developing an evasion system that can be adapted to its Dragon spacecraft, an essential step in adapting it to crew transport. Blue Origin receive $ 22 million to develop several technologies including its BE-3 rocket engine.

A little over a year later, NASA reduces the number of participants in the program but increases the sums allocated considerably. The Constellation program has been abandoned and the Commercial Crew Development program is becoming a priority. From there, three companies will continue to receive funding from the US Space Agency : Boeing, SpaceX and Sierra Nevada. SpaceX comes at the time to show off its skills by successfully docking a private spacecraft on the International Space Station. On May 25, 2012, NASA made its choice : SpaceX and Boeing will each provide a spacecraft capable of taking up to 4 people to the ISS. To achieve this, SpaceX receives $ 3 billion in additional funding between 2012 and 2014 while Boeing receives nearly $ 4.7 billion over the same period. The proposal of Sierra Nevada is revised to become a simple cargo spaceship and the company receives much less funding than its two rivals. At the end of 2014, NASA decided that its astronauts will fly on two spacecrafts with similar characteristics and capabilities, the SpaceX Dragon V2, which will be renamed Crew Dragon, and the Boeing CST-100 Starliner.

SpaceX and Boeing will conduct 6 missions each to the ISS with their new manned spacecraft, but after that nothing is safe. The future of these spaceships is likely to depend heavily on the future of the international space station. Since the first manned flight of Shenzhou in 2003, we have not seen a new orbital vehicle arrive. Next year, there will be two.

The Commercial Crew Development program (CCDev) was developed after the space shuttle retreat in 2011. It aims to provide a 100% American means of access to the international space station, for crews. Where CCDev is different from NASA’s usual projects is that private companies are responsible for developing these spacecrafts. NASA has selected three companies : Sierra Nevada, which has developed the Dream Chaser program, SpaceX with its Dragon V2 space capsule, and Boeing with its CST-100 Starliner space capsule. The space capsule of Boeing is rather classic because it takes the design of the Apollo capsule, but with larger dimensions. This is easily understandable because Boeing absorbed in 1996 some of the companies that had worked on the Apollo program. The CST-100 Starliner will be able to bring up to seven astronauts to the International Space Station.

But Boeing’s ambitions do not stop there because the space capsule is indeed developed with the help of Bigelow Aerospace, which has been working for many years on a private space station project. The first module of this space station is currently being tested on the ISS. To serve its future space station, Bigelow Aerospace has therefore approached Boeing for the development of the CST-100 Starliner. NASA announced last week the test schedules for Dragon V2 and CST-100 Starliner. The Boeing space capsule is scheduled to conduct two test flights as early as 2018, a first unmanned flight in June followed by a test flight with astronauts in August 2018. NASA will therefore have two operational capsules in August 2018, because SpaceX’s capsule will be certified at the same time. With the arrival of Dream Chaser and the Orion space capsule in the 2020s, NASA will have a real army of spaceships for spaceflight.