All about CubeSats and news 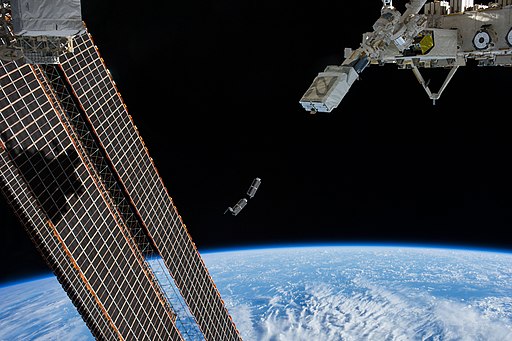 Last year, CubeSats MarCO-A and MarCO-A followed InSight towards Mars. These are the first CubeSats to have made an interplanetary mission. We lost contact with them at the beginning of the year. This first success inspires all the space agencies of the world. Many CubeSats will soon fly over or orbit various bodies of the inner solar system.

JAXA, the Japanese space agency, thinks that CubeSats can also impact or land on a celestial body. In 2020 or 2021, the Orion spacecraft will depart for an unmanned mission around the Moon. It should embark a dozen CubeSats. Among them, there will be the semi-impactor OMOTENASHI. This Japanese CubeSat of 6 units and weighing 14 kilos will be dropped on an impactor trajectory, without prior orbiting. It will embark a small engine and four kilos of propellants. This engine will have to slow down OMOTENASHI until a complete stop at a few hundred meters of altitude. The tiny lander must finish its trip in free fall. The final impact will be absorbed by an airbag.

If everything works, a very small 700 gram module can then use its radio transmitter to confirm the moon landing. The mission should also be able to produce some science. Accelerometers placed in the CubeSats will study the impact, which should give some information on the mechanical properties of the Moon’s surface. OMOTENASHI could also take measurements of ground radiations.

Perhaps similar CubeSats will be carried away by massive space probes to the outer solar system. They could be given the most dangerous missions without endangering the main mission, such as crossing the Enceladus geysers or trying to touch the surface of Europa. If the scientific return is promising, a space agency could try to develop such a mission.

Last May, the Insight lander departed to Mars. He embarked two CubeSats responsible for relaying its communications during its landing on the red planet, MarCO-A and MarCO-B. These are the first CubeSats charged with an interplanetary mission. They will assess what is possible with this satellite format. CubeSats measure a few tens of centimeters and usually weigh less than 20 kilos. That means they are economically interesting. Until now, they were launched into the low orbit but they could accelerate the exploration of the solar system. This is why many scientific teams are closely monitoring MarCO-A and MarCO-B’s journey to Mars for several months in deep space.

With such a small size, CubeSats are however very vulnerable to radiation. The thermal insulation is limited which does not make it possible to face the big variations of temperature that there is in space. There is no room for a sophisticated navigation system, nor for large solar panels. The means to communicate with the Earth are also very limited. Creating a small and lightweight CubeSat imposes great sacrifices in terms of performance. NASA has managed to develop a suitable mission architecture. Both CubeSats have yet to survive until November to accomplish their mission. However, this opens the way for other CubeSats that could be launched later, beyond Earth’s orbit. At Hampton University in the United States of America, a team is already working on a CubeSat to study the atmosphere of Uranus or Neptune. It could join a larger space mission to fulfill its own goals. The most ambitious space missions still need significant miniaturization efforts, but they
become more and more realistic every year.

The main challenge facing the CubeSats in hopes of accomplishing interplanetary missions is their propulsion. Without a dedicated rocket engine, they can not expect to make course corrections, which severely limits their mission potential. But on this side, also solutions emerge. Stellar Exploration is in the process of finalizing a propellant that burns hydrazine and nitrogen peroxide. Stellar Exploration says the thruster could allow a 28-kilogram CubeSat to change its speed by 2 kilometers per second. The engine was developed with funding from NASA which is very interested in its possibilities. It could thus equip a space mission from 2022. It is at this date that the American space agency will launch the mission Psyche charged to go to explore the belt of asteroids. The probe will use ionic propulsion to reach its target, but on its way it will fly over the planet Mars. It could then take the opportunity to drop a CubeSat equipped with a propulsion system Stellar Exploration. Despite its small size, the CubeSat would then be able to go into Martian orbit autonomously.

CubeSats and Smallsats are already revolutionizing the use of Earth’s orbit, and could revolutionize space exploration. Perhaps in about ten years, the majority of the interplanetary missions will be attributed to probes of a few tens of kilos.

CubeSats will be used to explore space

The size of the CubeSats limits the options for propulsion and payload that they can embark. But that does not mean that we can not use them to create basic but very economical missions. This is the point of view of the European Space Agency, which is designing its first scientific probe for a mission beyond the low orbit with a CubeSat. Called M-Argo, it will be a big cube of 22 cm side and 34 cm long. Its mission would be to study an asteroid.

The chosen target would be a group of asteroids composed of small bodies turning very fast on themselves. Thanks to this rotation, they will be rid of the dust that is usually found on these objects, which makes it already an interesting target. To solve the problem of propulsion, the CubeSat M-Argo would be a passenger of a satellite. It would then go to its target using its own electric propulsion system. The mini-spacecraft would study its target with two instruments, a multi-spectral imager and a laser altimeter.

The use of a CubeSat for such a mission has several advantages. First of all there is the low price, because the least kilo costs a fortune to send in space, even more if we go further than the low orbit. With CubeSats, it is possible to reduce the cost of exploring deep space by a factor of 10. In addition to this, we can imagine other types of missions. It is possible to hold a large number of CubeSats in a space rocket. For asteroids, this is the opportunity to perform quantitative studies because instead of exploring one asteroid, we can afford to study 10 or 20 asteroids with as many CubeSats.

Before M-Argo and other similar missions begin their mission, there is still work to be done. The miniaturization of its propulsion and its means of communication is still at the experimental stage. ESA engineers believe that M-Argo can be ready by 2021. It will then be necessary for a mission to be entrusted to it at very high altitude, that is to say towards the Lagrange point. It is known that NASA is in a similar logic with the Planetary Science Deep Space Program SmallSat Studies, which will develop missions for CubeSats beyond the low orbit and for all its deep space exploration missions.

The microsatellites market, the CubeSats, will explode in the next decade. To meet this need, new offers are emerging. For now, CubeSats are launched in clusters. It requires a main or secondary payload of several tens of microsatellites to justify a launch with a traditional rocket. But it often takes years to get enough payload into the chosen orbit to justify a launch.

CubeCab was created to provide solutions to this problem. CubeCab wants to market a launcher specialized in CubeSats orbits, with the possibility of launching microsatellites by unit. This will in particular reduce by a few years the delay between the design of the satellite and its launch into orbit. It will be months instead. For the company to succeed, it must of course that the launch cost is moderate. Actors who use CubeSats often do so because they can not afford a large satellite. To achieve this, CubeCab wants to develop a small rocket mainly printed in 3D. It will be able to place a payload of 5 kg in low orbit.

It is necessary to count on the enormous progress of the miniaturization which have been realized these last years. It is thanks to these advances that more and more people are interested in CubeSats, whereas at the beginning they were mainly used for low-cost research programs. They are having real commercial use. They also allow many countries with limited means to access the space sector. For example, the first national satellites of Mongolia or Slovakia were CubeSats.

CubeCab has several advantages : to reduce the time to put into orbit the satellite, and to place it on the precise orbit wanted by the customers. Indeed, the CubeSats are for the moment at best secondary charges tolerated in the launch of a larger satellite. When you want to launch a CubeSat, it is necessary to embed it on the launch of another satellite by trying to stick as best as possible to the desired orbit. The ability to choose precisely its orbit should appeal to many customers. The third advantage that CubeCab wants to offer its customers is a price much lower than that of a launch with a conventional rocket. The company plans to carry out several hundred launches a year.