All about gravitational waves and news 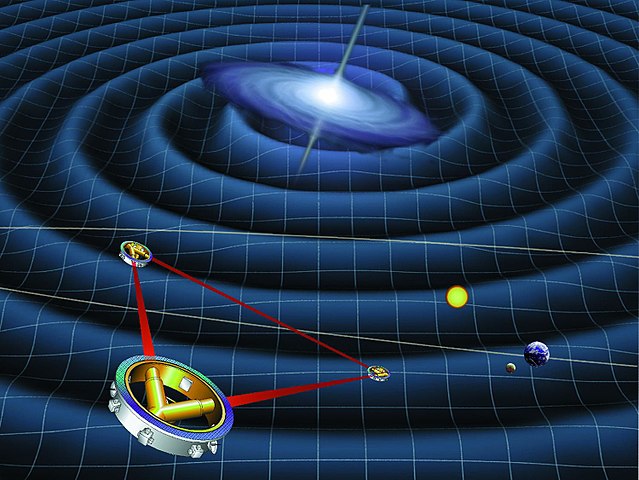 The associated phenomenon that has been identified is the collision of two neutron stars at about 130 million light-years. Two seconds later, NASA’s Fermi space telescope recorded a high-intensity gamma-ray burst that quickly pinpointed the direction of the phenomenon. Thanks to NASA’s rapid communication, many astronomers around the world have been able to point their telescopes in this direction. Nearly 70 observatories were able to record part of the event thanks to the electromagnetic waves. This is the first time that a cosmic phenomenon can be observed both with the help of electromagnetic waves and gravitational waves. Together, these two observations bring a lot of information. This is the first direct proof that electromagnetic waves and gravitational waves travel at the same speed, the speed of light. Another prediction of Albert Einstein. It is also the first confirmation that the fusion of neutron stars is indeed at the origin of short gamma-ray bursts.

The results of the combined observations between electromagnetic waves and gravitational waves should bring a lot of information to astronomy : this is already called multi-messager astronomy. Multi-messager astronomy should allow us to learn more about the creation and dispersion of heavy elements, especially gold and platinum. It should also provide tools to measure the expansion of the universe. To accelerate the discoveries, we have to wait for the opening of new gravitational waves interferometers, for example Kagra which should be launched in Japan next year, or Indigo which will make observations from India from 2023. In the longer term, the eLisa project of the European space agency promises to go even further thanks to a space interferometer whose arms will be 2.5 million kilometers long. The launch is scheduled for 2034.