How To Use A Star Map

Travel through the stars thanks to star maps, also called star charts or sky maps.

Anatomy of a Star Map 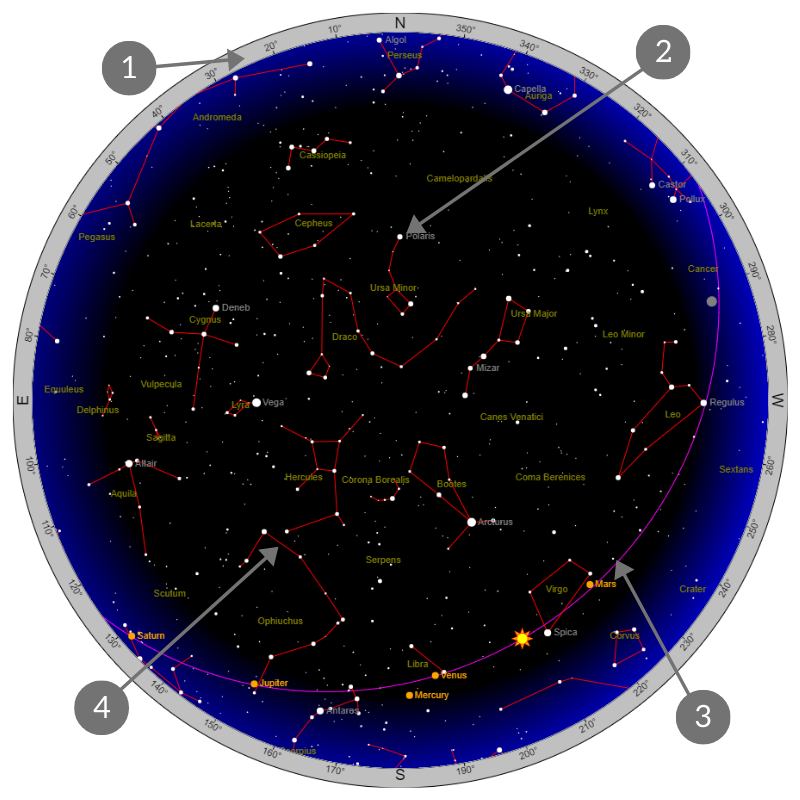 Star map in the northern hemisphere, in October – Credits : Heavens-above.com

Use a compass to orient your star map to the night sky.

The Sun, the Moon and the planets are always near this line.

Most stars are found within constellations or within patterns called asterisms.

How to use a Star Map

Several nights of observation will allow you to know the constellations well. To locate the planets, practice finding the ecliptic plane (also called the plane of the ecliptic).