All about SpaceX’s Interplanetary Transport System (ITS) and news 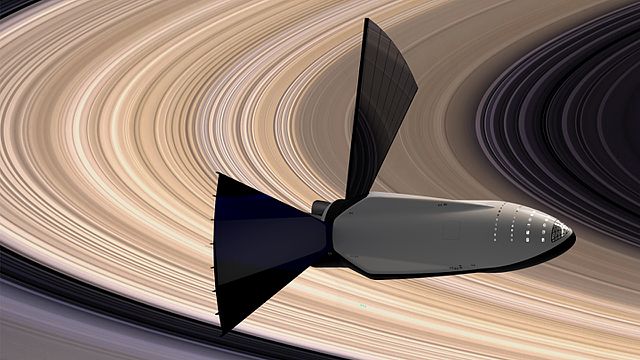 SpaceX has just posted a fairly complete overview of the ITS and its mission plan. SpaceX wants to offer a delivery to Mars at a cost of $ 140,000 per ton. The ticket to Mars would probably be less than $ 100,000. The costs will therefore be divided by 50,000 compared to current costs. In addition, SpaceX has been working on the Raptor engine for years.

The Raptor will be the engine with the highest pressure ever built. It will also certainly have the highest power-to-weight ratio of combustion engines. The version of the motor intended to operate in the vacuum will have a pulse of 382 seconds. This will put Mars within reach of ITS. Like Falcon Merlin engines, it will be possible to adjust the power of the Raptor between 20 and 100% of its capacity. It is a fundamental ability to allow landing and reverse braking.

Regarding the mission plan : SpaceX wants to make the most of each opportunity to launch a rocket to Mars, simultaneously launching up to 1000 ITS. Indeed, the transfer conditions between the Earth and Mars are optimal only every two years or so. It is therefore necessary to make the most of each opportunity. SpaceX has estimated that one million people should be sent to Mars so that the planet can regain some autonomy from the Earth. If each ship can carry 100 people, it is therefore ten thousand flights that will be required with a fleet approaching 1000 spaceships. It is between 20 and 50 opportunities that will be needed to achieve this goal of colonization, which equates to a period of between 40 and 100 years.

ITS, the passport to Mars of SpaceX

It is expected that Elon Musk will announce in September new details on its plans to conquer Mars with SpaceX. SpaceX’s Martian plans go through the ITS (Interplanetary Transport System), consisting of a launcher of titanic proportions and a huge spacecraft, able to carry 100 people and their equipment to Mars.

Last September, Elon musk unveiled some features of these two monsters. He also gave details of the typical flight plan to Mars. To achieve its objectives, the ITS rocket must be three times more massive than the largest rocket ever built by mankind, the Saturn 5 Apollo program. It will reach the mass of 6700 tons. The ship overhanging this rocket is also very impressive : with a length of 50 meters for a maximum diameter of 17 meters, it will be able to deliver a payload of 450 tons to the surface of Mars. Everything will be reusable to ensure the economic viability of the project.

A typical ITS mission will be based on two launches : an ITS spacecraft and its crew will begin to reach the low orbit and a second ship will be launched. This one will also be different since it will be a tanker responsible for refueling for the first spacecraft and its crew. The ship that houses the crew will then use the fuel to propel themselves to Mars. Once there, the ship must make its own fuel from the Martian resources for the return trip.

However, many questions arise and threaten the viability of the project. First, financement : the wealth of Elon Musk is not enough for this project. Then there are the questions surrounding the mission plan. SpaceX’s gamble relies heavily on selected fuels. Unlike the vast majority of current rockets that use oxygen and hydrogen, ITS will burn methane and oxygen, a couple a little less powerful but which offers advantages. Its cost is much lower and above all it can be produced on Mars, in theory because to manufacture several thousand tons of methane and oxygen tens of millions of kilometers from the Earth is not easy.