All about the Kepler space telescope and news 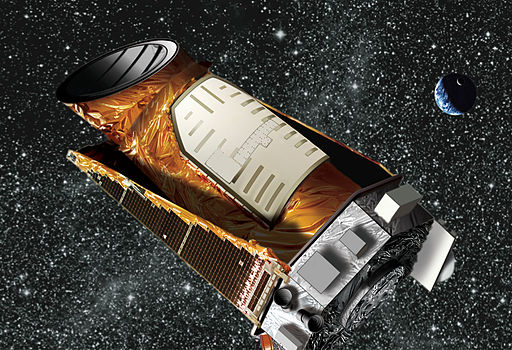 The Kepler space telescope officially comes to the end of its mission. It has been several months since Kepler used up his propellant reserves. After almost ten years of mission, the exoplanets hunter retires with a nice list of 2600 exoplanets discovered and more than 4000 additional candidates. Kepler showed humanity how different the universe can be from our own solar system, for example by detecting giant planets in orbit near their star, by detecting super-Earths, or even stars with many planets telluric in close orbit.

But as with many other space missions, the end of the Kepler space telescope does not mean the end of the discoveries made thanks to the space telescope. Kepler has accumulated an impressive amount of data that will continue to be analyzed for years. Kepler’s work will now be partly taken over by the TESS space observatory which was launched in April 2018.

The Kepler space telescope will soon complete its mission

While some astronomy instruments have been launched, others are coming to the end of their mission. NASA has announced that the Kepler telescope has only a few months of fuel reserves. He will no longer be able to accomplish his mission. Even if Kepler retires this year, the space telescope has an exceptional record. He discovered the vast majority of exoplanets known to date, despite failures and other malfunctions. The Kepler space telescope was launched in 2009. It first monitored nearly 145,000 stars in search of exoplanets through the method of transits. Kepler led its mission for four years, but in 2013 a failure prevented it from continuing its observations accurately. After a few months of reflexion, a solution is found. A new mission architecture is proposed. It uses the pressure of the sun’s photons to stabilize the space telescope. This new method requires Kepler to change its target every 83 days, which is not ideal but it works and the new mission is called K2.

In almost ten years of observations, the Kepler space telescope has discovered thousands of exoplanets, to which must be added other thousands of candidates who have not yet been confirmed. Before it, only a hundred exoplanets were known. Most of them are gas giants in orbit near their sun. Kepler has shown that small telluric planets are very common in our galaxy. In addition, the space telescope has taught us that super-Earths are also very common. They are planets with a radius between 1.25 and 2 times that of the Earth. There are two different types of super-Earths : the telluric planets, and the mini-Neptunes that are mainly composed of gas. Establishing the boundary between the two of them is difficult because there is no planet of super-Earth or mini-Neptune type in our solar system. Among its discoveries, Kepler has identified a few dozen exoplanets that could potentially host life, even if there is little information about them. The telescope has shown that it is not uncommon to find a telluric planet in the habitable zone of its star. With the little fuel remaining, the Kepler space telescope may be able to conduct one or two additional observation missions, but it has in any case provided enough data and identified enough candidates for the title of super-Earth to occupy the astronomers for a long time.

The famous exoplanet hunter can retire soon because the succession is assured. In a few weeks, the TESS space observatory will be launched with a similar mission. TESS will monitor for two years more than 200,000 stars near the sun. With its wide field of vision, TESS will probably also be able to identify several thousand exoplanets. Of all the planets discovered by Kepler and TESS, the most interesting one can trigger observations from the James Webb space telescope. Maybe the atmospheres of some exoplanets will reveal traces of water vapor and other gases.

An artificial intelligence finds new planets thanks to the Kepler telescope

We think that our sun is the star with the most planets known in orbit. But from now on, Kepler 90 officially has eight planets too. What is very interesting is that Kepler 90 was discovered by an artificial intelligence. The artificial intelligence that made this discovery comes from Google. It works from data from the Kepler space telescope, which is entirely dedicated to hunting exoplanets. The Kepler telescope continuously monitors the brightness of nearly one hundred and fifteen thousand stars using the transits method. He looks for periodic dimming of these stars.

The researchers then made artificial intelligence work on a second set of 670 planetary systems already identified, in search of new planets. The experiment was a success because Google’s artificial intelligence helped identify new planets that had escaped the attention of astronomers. These two planets are Kepler-90e and Kepler-80g, which is the sixth planet in the Kepler-80 system. It would be similar in size to Earth but would be located outside the habitable zone of its star. Artificial intelligence and especially machine learning promise a real revolution for a whole part of astronomy based on the analysis of large data sets.