All about the company Made In Space and news 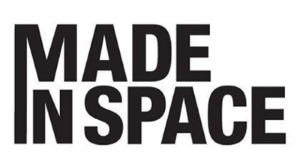 Made In Space wants to print space stations in orbit

The construction of the International Space Station (ISS) has been a huge technological challenge requiring decades of effort and participation from many countries. It was necessary to bring the different parts of the station one by one for an assembly in orbit, long and especially very dangerous. But this solution has its limits : the design of what is possible to build is entirely dictated by the capabilities of the rockets that support the program.

Made In Space is a Californian start up that wants to change all that. It is the 3d printing that comes to bring the necessary technological break. Rather than building modules on Earth and then assembling them in space, Made In Space wants to print structures directly into orbit. To achieve this, the company is trying to develop a technology platform called Archinaut with the support of NASA and many subcontractors. Archinaut must be able to allow the construction of relatively complex structures and without any human intervention. Made In Space has already worked hard on its concept : it is the company that has provided the International Space Station with a 3D printer capable of producing parts in the difficult space conditions.

The next step will be to create whole structures from scratch. To achieve this, Made In Space relies on its mastery of 3D printing and robotic manipulation. The applications are huge but it is not yet possible to print an entire 3D space station. The creation of supporting structures or even antennas would make it possible to overcome many design constraints. Made In Space wants to design new stations and larger spaceships faster and without the risks associated with human intervention. The lower costs of access to space and the development of new technologies such as 3D printing point to a revolution in orbit construction.