All about neutron stars and news 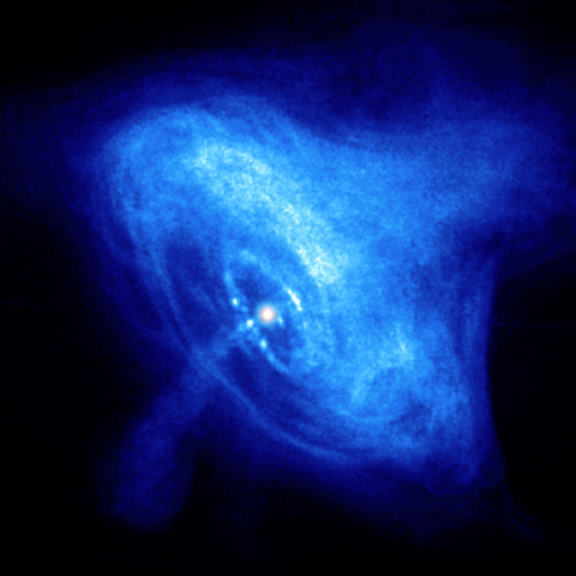 In 2015, the first gravitational wave was observed, nearly a hundred years after Albert Einstein predicted their existence. Gravitational waves are oscillations in the curvature of space-time. They occur when masses are accelerated. These waves can travel millions of light-years. However, they are very weak signals. This is why they can only be detected in extreme cases, when very massive objects turn around at high speed, for example black holes or neutron stars a few moments before their fusion.

Since the first detection of a gravitational wave, we have had the chance to observe many signals of fusion of neutron stars and fusion of black holes. The LIGO and VIRGO interferometers, the only tools currently capable of detecting gravitational waves, have just started new observations a month ago. It should last another eleven months and the observations are already numerous. Interferometers located in the United States and Italy have indeed been able to observe five new events. One of these events is particularly interesting.

On April 26, 2019, LIGO and VIRGO identified an unusual signal that could come from the fatal encounter of a neutron star with a black hole. In just three years, LIGO and VIRGO teams would have detected all types of detectable events with their tools, which is proof of the extreme efficiency of these tools. Being able to detect the fusion of two black holes is one of the strongest proofs of their existence. If we consider the black hole image taken by the Event Horizon Telescope, History will probably remember that the end of the years 2010 was the moment where the final confirmation of the existence of these cosmic monsters was confirmed.

The fusions of neutron stars may seem less impressive, but they are probably the most interesting. When two black holes merge, they only emit gravitational waves. This is the only way to detect such an event. When two neutron stars merge, they emit gravitational waves but also a powerful flash of light in all areas of the electromagnetic spectrum. The interferometers of LIGO and VIRGO are located thousands of kilometers away from each other. They can therefore be used to locate the source of a signal by trilateration. We can then point traditional telescopes at the source of this signal to see if the gravitational signal is followed by a light signal.

This is what happened in 2017 when detecting a fusion of neutron stars. Nearly 70 observatories on Earth and in space were able to record the event on radio, optical or gamma waves. Being able to observe the same event in electromagnetic waves and in gravitational waves is the advent of what is called multimessager astronomy. It is as if the sky has been silently observed for centuries and suddenly the actors of the cosmic show start talking.

A new fusion of neutron stars was detected on April 25, 2019. This time, only two of the three interferometers of LIGO or VIRGO were operational, which did not allow to locate the signal very precisely. We still know that the event took place at about 5000 light-years from home. These repeated detections show that events such as black hole or neutron star mergers are common in the universe. The current comment period will be completed in one year, which should allow for the identification of a hundred or so events, and perhaps new discoveries.

Neutron stars are the remains of gigantic explosions that mark the end of life of massive stars. These explosions, the supernovas, are triggered by the gravitational collapse of the heart of these stars. This generates incredibly dense small bodies, the neutron stars. Neutron stars are surprising stars for several reasons. If they were a bit denser, they would collapse to create black holes.

One cubic centimeter taken from the surface of a neutron star would have a mass of several hundred million tons. This extraordinary density brings matter to states that are not well understood. The more you plunge into the heart of a neutron star, the denser the matter becomes, the more difficult it becomes to model it. It is nevertheless important to understand these states of matter that could for example inform us about the gravitational signature of a neutron star, a very interesting data for the recent science of the observation of gravitational waves.

A trio of researchers have tried to simulate what is happening just below the crust of a neutron star, and their results are very surprising. They tried to calculate how 983 thousand protons and 2.3 million neutrons would behave in a very high density environment. It sounds simple but it would take about 2 million computing hours for a computer to do this simulation. Indeed, each particle interacts permanently with all those around it. Previous simulations have already led to the hypothesis that under these conditions, the material creates strange structures, a model that today bears the name of nuclear pasta.

The degenerate matter of a neutron star would thus spontaneously be organized into balls, tubes or leaves, depending on the depth. Researchers have naturally decided to name these states gnocchi, spaghetti or lasagna. These are the nuclear pasta. The new study goes even further in their simulations. The American-Canadian trio sought to determine the breaking point of these nuclear pasta. They wanted to know if the material at depth is denser and more rigid than the material at the surface. And the answer is yes. These nuclear pasta are very likely the hardest material in the universe. The hardness of this material would be about 10 billion times that of the metal.