All about the Restore-L project and news 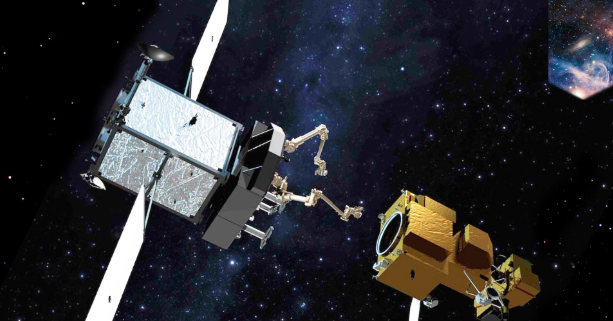 The Restore-L project wants to refuel satellites in full flight

The accumulation of satellites and space debris makes some orbits very dangerous. Many space agencies are working on solutions and many companies are now desorbiting their satellites when they reach the end of their life. But thanks to the Restore-L mission, NASA offers an alternative. A satellite is usually declared at the end of its life when it has exhausted all its fuel. Unable to control its trajectory and thus point his instruments in the right direction, it becomes useless and it is disintegrated into the atmosphere. Or we can put it on a parking orbit. But there is a third option to solve this problem : refueling.

NASA has partnered with Space Systems Loral to launch a refueling mission. For the moment, the idea is not to supply all the satellite fleets that orbit around the Earth, but rather to confirm whether such a system is viable. The Restore-L mission chose the Landsat 7 satellite for a first test. Landsat 7 is a photo mapping satellite that was launched in 1999. It updates the global database of satellite photos. Restore-L will try to extend the mission of this satellite for a few years. The mission is only a test but if it succeeds, it is a whole satellite supply market which could hatch. If it costs less to refuel a satellite than to build a new one, the practice will soon become popular.

There are currently about 2500 inactive satellites in orbit. All satellites can not be reactivated. For example, a satellite built in the 1970s necessarily has a technical delay compared to a more modern machine. But when the satellite is still useful and powerful, there is no reason to launch an other satellite. This is the case, for example, of Hubble, which is going to be 30 years old and is still making state-of-the-art observations. But Hubble is an exceptional case because it was studied to be maintained and refueled by space shuttle flights.

As with many aspects of the US space sector, NASA wants to let private companies act. New markets should open up if the technology is economically viable. We could imagine, for example, that some organizations with few means could buy used satellites and then refuel them to give them a second life.