Stargazing from January to February

To start the New Year off right, here is our selection of celestial objects to observe in the night sky of January and February, fascinating open clusters or magnificent nebulae.
Click on your location: Northern hemisphere | Southern hemisphere

Star map from January to February in the Northern hemisphere 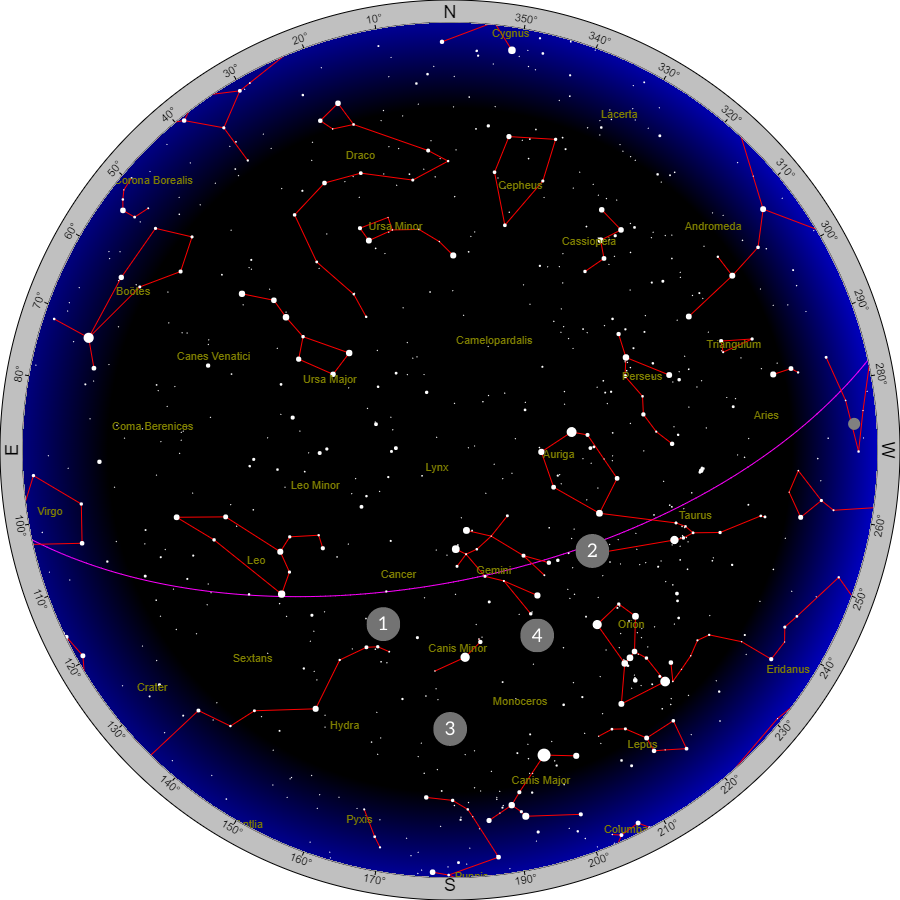 Messier 67 is an open, little brilliant cluster of the constellation of Cancer. Through binoculars, it looks like a foggy spot, but a telescope will allow you to spot most of the stars. It has more than 100 stars similar to our Sun and about the same age. The M67 cluster is located between 2,600 and 2,900 light years from Earth. It is one of the closest old open clusters to us.

The Crab Nebula is the first celestial object in the catalog of astronomer Charles Messier. The Crab Nebula is a remanent of a supernova – the remains of a star’s explosion. This explosion was seen in 1054 in broad daylight because it was very bright. Today it is relatively dark, visible through a telescope with an aperture of around 70 mm.

This beautiful open cluster is located in the Puppis constellation, which was part of the old Ship Argo constellation. It is not far from Sirius, the brightest star in the sky, and contains about 50 stars. You can see it clearly through binoculars or through a low magnification telescope. It is estimated that the cluster is 78 million years old and is located 1600 light years from Earth.

This cluster is associated with a nebula, called the Cone Nebula. The Christmas Tree Cluster is located above. This is why the “tree” is often upside down in the images. The cluster is bright, but the Cone Nebula is more difficult to detect.

Star map from January to February in the Southern hemisphere 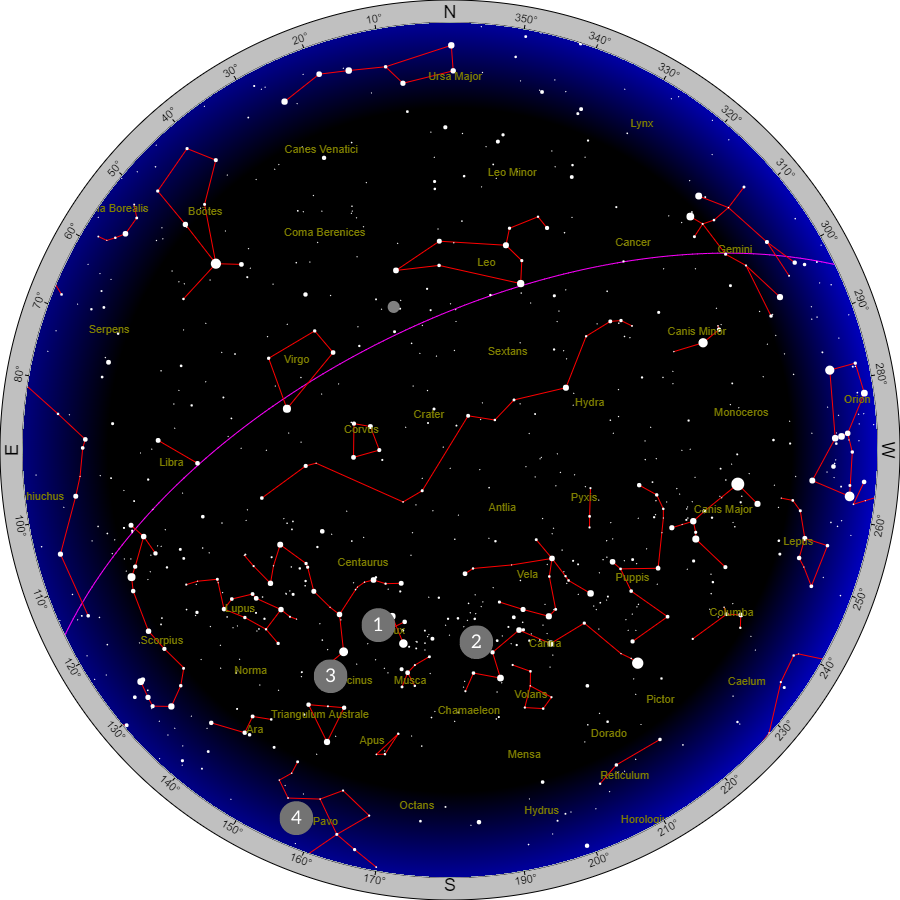 It belongs to the Southern Cross constellation, a famous group of stars which is drawn on the flags of Australia and New Zealand. This cluster is one of the youngest we know (14 million years ago). Visible to the naked eye, it reveals its splendor through a telescope. The orange star is Kappa Crucis, a red supergiant.

The Southern Pleiades are one of the brightest star clusters in the Southern hemisphere, although they are less bright than their cousins of the Northern hemisphere. Like the Pleiades, the Southern Pleiades are a young cluster around 50 million years old. The stars of this group, of a bright blue color, are characteristic. The cluster is located in the Carina constellation, in the heart of the Milky Way, a strip of light that is actually a spiral arm of our galaxy.

Alpha Centauri is a star system that is only 4 light years away from us. We discovered that a planet the size of Earth orbits the second star in the system, making it the closest planet to us outside the solar system. To the naked eye, Alpha Centauri looks like a single star.

NGC 6752 is the third globular cluster in the sky in terms of brightness. It is found in the Pavo constellation. To the naked eye, it looks like a fuzzy, faint star. Through binoculars, it looks like a hazy spot. It is magnificent to observe through a telescope, which allows you to admire stars located on its outskirts. It is 13,000 light years from Earth.