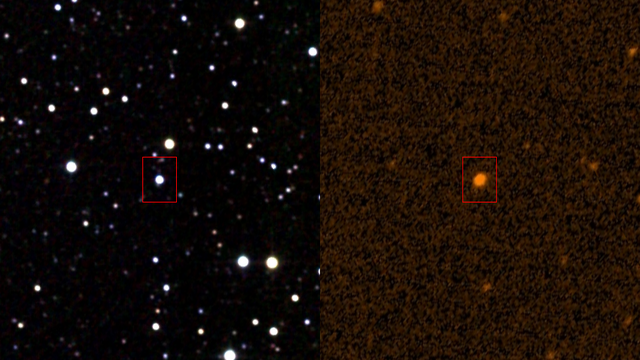 End of suspense about Tabby star

Since September 2015, the Tabby star is subject to significant drops in brightness difficult to explain. Astronomers are accustomed to drops in brightness. When observing stars, the drops in luminosity are due, for example, to interactions with the atmosphere, or even to the planets that pass in front of their star. This is how planetary transits are located : they generate very low luminosity decreases, often less than 1%. But the observations of the Tabby star have shown that it can lose periodically up to 22% of its brightness.

Many hypotheses have been formulated to try to explain this phenomenon, including the possibility that the Tabby star is regularly obscured by artificial megastructures. The physicist Freeman Dyson had theorized this hypothesis in the early 1960s. According to him, a sufficiently advanced civilization would end up having energy needs of such a level that it should capture almost all the light emitted by its star. This would push this civilization to build gigantic structures surrounding its star.

The brightness declines of the Tabby star could have been due to a partial Dyson sphere or under construction. A team of astronomers led by Tabetha Boyajian, who made the original discovery, has just published a study on the cause of the phenomenon. This study was funded on Kickstarter : more than $ 100,000 was raised. The funds raised made it possible to observe KIC 8462852, the Tabby star, during 14 months. Four episodes of drop in brightness were observed. They are due to a gigantic cloud of dust. The new observation data show that the different colors of the light spectrum are blocked at varying intensities, which suggests that the body that blocks the light of this star is not opaque : it is at least partially transparent.

An extraterrestrial civilization around the Tabby star ?

The Tabby star, also called KIC 8462852, put the community of scientists in turmoil in September 2015 : we have observed very significant variations in brightness, inexplicable with our current knowledge. Indeed, the brightness of the Tabby star dropped very quickly in the space of a few days, before returning to a normal level.

Such a phenomenon has been reproducing since 19 May this year and astronomers are still unable to find a rational explanation for it. So much so that the hypothesis of a megastructure of extraterrestrial origin that would regularly obscure the star is seriously considered by scientists…

It could indeed be a sphere of Dyson. Freeman dyson, an American physicist and mathematician, said a very advanced extraterrestrial civilization would be able to build a structure that partially or completely surrounds its star in order to harvest all the energy it produces. Such a structure would be likely to explain the variations of light observed around the Tabby star, but we must of course remain skeptical of such an explanation. An unknown natural phenomenon could be at the origin of these variations, although for the moment all the attempts of natural explanations did not resist to the observations made of the Tabby star.