All about the Vega space rocket and news 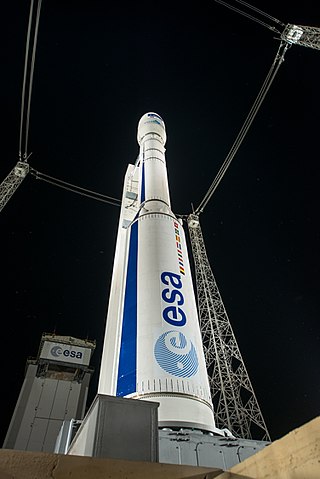 On 11 July, an ESA’s Vega rocket was lost during the launch of a United Arab Emirates satellite. The commission of inquiry has now reached an official conclusion that allows us to shed light on the first incident of the Vega launcher. The anomaly occurred in the engine of the second stage of the rocket immediately after firing, ie 2 minutes and 10 seconds after take-off. The Vega launcher then started to deviate from its trajectory. 1 minute and 18 seconds later, a command was sent by the ground control, resulting in the destruction of the Vega launcher and the loss of the satellite.

So it’s the Zefiro 23 engine that is guilty of this incident. To be more specific, it is a thermostructural failure in its dome part that is responsible. Zefiro 23 is a solid propellant engine that is responsible for burning its 24 tons of propellant in 77 seconds. The commission of inquiry proposed a set of measures to prevent this risk in future flights. This should allow the Vega launcher to fly again in the first quarter of 2020.

This failure may also delay the first flight of Vega-C, the new version of the launcher. Vega-C is equipped with a Zefiro 40 second stage, a more powerful version than the one that caused the July incident. The failure of Vega’s flight ends a series of 14 successes for the Vega launcher. It will now be necessary for the next launches of the small European launcher to go smoothly to maintain its reputation. Especially since the competition looks more and more strong.

The Vega launcher and Arianespace do not have the advantage of benefiting from numerous institutional missions from ESA or government agencies in European countries, while Americans, Russians and Chinese provide numerous public missions to their launchers. An increasingly competitive commercial market therefore exposes Arianespace to greater risk than its international competitors. Let’s hope that this situation will push the european space agency to launch some new missions, why not towards the Moon for example.

2019 was to be the year of the Arianespace‘s Vega launcher, with the launch of the new Vega-C version and a record number of missions. Vega-C is ultimately postponed to 2020 and the launcher in its current version has just suffered its first failure. A major anomaly two minutes after take-off led to the loss of the launcher and its payload. For the small European rocket, this tarnishes a series of 14 launches without problems. Vega was carrying an optical reconnaissance satellite built by Thales Alenia Space on behalf of the United Arab Emirates. It is unclear what impact this failure will have on the following flights and on the launch of Vega-C. Vega-C will use the new P120 powder booster to significantly increase its performance.

Despite the failure of last Wednesday, the Europeans seem to remain confident in this future version. Vega was chosen to carry the four satellites of the CO3D constellation that CNES has just ordered from Airbus. These are also Earth observation satellites that can be used for civilian or military purposes. The images they will produce can both be used by the French government and marketed by Airbus. In time, the four small satellites of 300 kg could be joined by dozens of others to form a real constellation of satellites that will be able to image certain points of the Earth several tens of times a day.

The first launch of Vega-C, the new version of the Vega launcher, has been shifted to 2020. Originally, it was to take off this year, which would have been a first test of the P120 booster, one of the most important piece of the Ariane 6 rocket. This delay is not due to a development problem but to a very busy schedule for Vega. The small launcher has to take off four times in 2019, a record for it. Avio, the Italian manufacturer of the Vega launchers, decided to prioritize its launches. The year 2020 will therefore be a crucial year for the European space access industry, with two new launchers.

The European Space Agency has just released a budget of nearly 90 million euros for the development of a new version of the Vega launcher and for the development of the Space Rider automatic spacecraft. Both projects will therefore expand Europe’s launch options. For Vega, this new version will be called Vega E. It will largely take over the architecture of Vega S, also in development. Vega S will be a four-stage rocket, while Vega E will have three floors.

These new versions of the small European launcher will bring two things. Vega C will improve launcher performance. The current space rocket is able to place 1.5 tons of payload in polar orbit. Thanks to Vega C, which will be launched in 2019, this capacity will increase to 2.2 tonnes. This performance evolution will be possible thanks to the new P-120 C engine that will replace the current P-80 engine. In addition to equipping the Vega first stage, the P-120 engine will also be the engine used for Ariane 6 boosters.

Vega E is expected to be launched in 2025. It is expected to maintain Vega C’s capabilities while reducing costs. It will have a new upper stage equipped with a new generation cryogenic engine. It will also be an opportunity to make completely European rocket, because today and until the launch of Vega E, the engine that will equip the upper floor is manufactured in Ukraine. The Italian space industry will benefit from these projects as Vega’s prime contractor is Italy’s Avio and Thales-Alenia Space Italy.