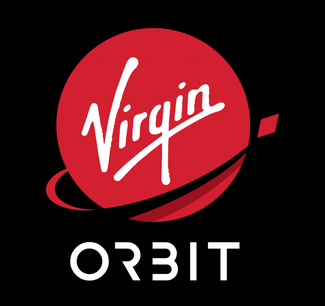 LauncherOne, the launcher developed by Virgin Orbit to place smallsats into Earth orbit, should have an optional third stage to complete interplanetary missions. The ambitions are modest : 100 kg to the Moon, 70 kg to Venus or 50 kg to Mars.

What pushes Virgin Orbit to develop this third stage is an agreement with the Polish company SatRevolution that wants to launch the first private space mission to Mars in 2022. We don’t know yet how much will cost these interplanetary missions and it remains to be seen if other customers will be interested in such a service.

Virgin Orbit could make a first orbital flight in 2018

This summer, Virgin Orbit conducted a series of test flights of its Boeing 747 adapted for rocket launch. The flights went well according to the company. The Boeing 747, nicknamed Cosmic Girl, was equipped with a pylon on its left wing. It will make the connection between the plane and the launcher during operational flights. As things seem to be going well, Virgin Orbit should very quickly conduct captive tests. During these tests, Cosmic Girl will fly with a reproduction of LauncherOne, the rocket of the company, attached under its wing. These tests will culminate in a release of the rocket at altitude.

If everything goes as planned, Virgin Orbit could make its first launch this year. However, this seems very optimistic. Once operational, Virgin Orbit will charge a third of its launcher $ 12 million. It will be able to orbit between 300 kg and 500 kg in low orbit. It is thus a vehicle which is destined rather for the Smallsats. This proposal seems to appeal anyway since Dan Hart, the CEO of the company, announced that Virgin Orbit already has $ 400 million in contracts, including with OneWeb.

Virgin Orbit will launch satellites from a carrier aircraft

Virgin Galactic was the company which launched the fashion of creating its own space company, among billionaires. But the path is long and tortuous for Virgin Galactic. The company’s SpaceshipTwo concept has been in development for so long that one may wonder if it will ever end up making commercial flights. The good news is that Virgin Galactic continues to appeal to investors. On October 26, a Saudi investment fund invested $ 1 billion in funding for Richard Branson’s space company. This follows the billionaire announcement : the first space flights of the company would be possible in a few months. Virgin Galactic’s projects may not add much to the space access industry as it is primarily sub-orbital tourist flights, but the company can do something very important : to prove that making money with space industry is possible. With each new success story of a space company, new entrepreneurs and investors are investing in the sector in search of profits.

At Virgin, there is not only Virgin Galactic, but also Virgin Orbit, which was founded in March 2017. To focus on the development of the LauncherOne rocket and the Cosmic Girl carrier aircraft, the company is targeting the Smallsats market. The design is an airplane that carries a rocket under its wing, it is also what is developed at Stratolaunch. The carrier aircraft is a former Boeing 747 from the Virgin Atlantic fleet. It will carry the rocket under his left wing to an altitude of 11 kilometers. Once released into the air, LauncherOne will turn on its rocket engine. A second stage equipped with a reduced version of the engine will be responsible for bringing the satellite to its final orbit. Together, Cosmic Girl and LauncherOne should be able to launch payloads between 200kg and 230kg. In 2015, Virgin Orbit received a first order for the launch of a satellite, with an option on 100 additional launches. The space launcher market therefore seems to be expanding in both directions : on the one hand, there are many very light launchers targeting the satellite constellation market and the CubeSats, and on the other hand, heavy launchers are also preparing to invade the market with payloads of several tens tons or even a hundred tons.