All about the shuttle XS-1 by the Nasa and news 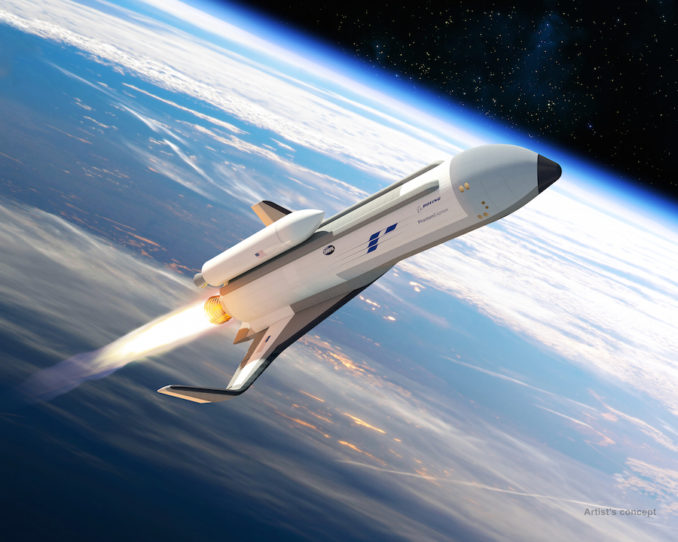 XS-1 will guarantee space access to the US military

It is sometimes difficult to navigate among all the space departments of the American government. There is of course NASA, which handles most of the space effort of Washington, but many parts of the US military also maintain an independent space program, such as the US Air Force and its shuttles program, the X-37B.

The Defense Advanced Research Projects Agency (DARPA) is another less known part of the US Army. It is the US government agency charged with developing new technologies for the Defense sector. For example, it created ARPANET, the ancestor of the internet. Well aware that access to space is crucial for Defense issues, DARPA is developing and building a space shuttle, the XS-1 (Experimental Spaceplane 1).

The objective of this shuttle is very clear: to drastically reduce the costs of access to low orbit for military loads. And to get there, the shuttle should be able to withstand intensive reuse. The first stage, made up of the shuttle itself, will have to be able to provide acceleration up to Mach 10. Once returned to Earth in the manner of an airplane, it will have to be able to be reused very quickly. In the long term, DARPA hopes to be able to keep up the pace of one launch per day for 10 days with the same shuttle, with a payload of only 1.8 tonnes. For military spy-satellite payloads, for example, the XS-1 will perfectly fulfill its role.

Imagined by Boeing, this shuttle is a true concentrate of technologies. It will resume the main engine of the now defunct NASA space shuttle. Its ultra-light composite tanks will cool the oxygen and liquid hydrogen that will serve as fuel for the shuttle. Its structure in metal alloys will be able to withstand a temperature of over 2000 degrees Celsius. Like the X-37B of the US Air Force, it will be fully automated and able to make decisions autonomously.

The first test flights are expected to take place in 2020.