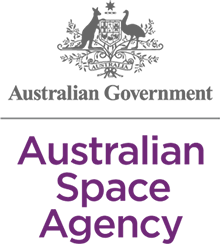 Australia is a country that benefits from a strong economy, a growing population and therefore more and more financial means. It is therefore logical that the Australian government announced at the Adelaide Congress that the country was ready to create a space agency. But that does not mean that Australia was inactive in space so far. The Australian government estimates that the country’s space industry already accounts for $ 4 billion and employs 11500 people. For example, Australia is one of the three countries hosting the Deep Space Network, the network in charge of following NASA’s spacecraft that goes into deep space.

With the creation of this space agency, the Australian government wants to double the size of its space sector over the next five years. What motivates this decision seems more to be the commercial outlook than the scientific interest. But this shows that space is attracting more and more people because the sector generates money and skilled jobs. A first space budget will therefore be voted by the Australian government for 2018. Eventually, Canberra wants the country to produce its own communication satellites. The CubeSats revolution is seen as an ideal opportunity to make Australia a space nation at a lower cost. It is to be hoped that the scientific outlook will not be completely forgotten. Perhaps Australia could contribute to the Lunar Orbital Platform-Gateway station because Australia is well able to position itself at the level of Canada which has made important contributions to the International Space Station.