All about the Soyuz-5 launcher and news 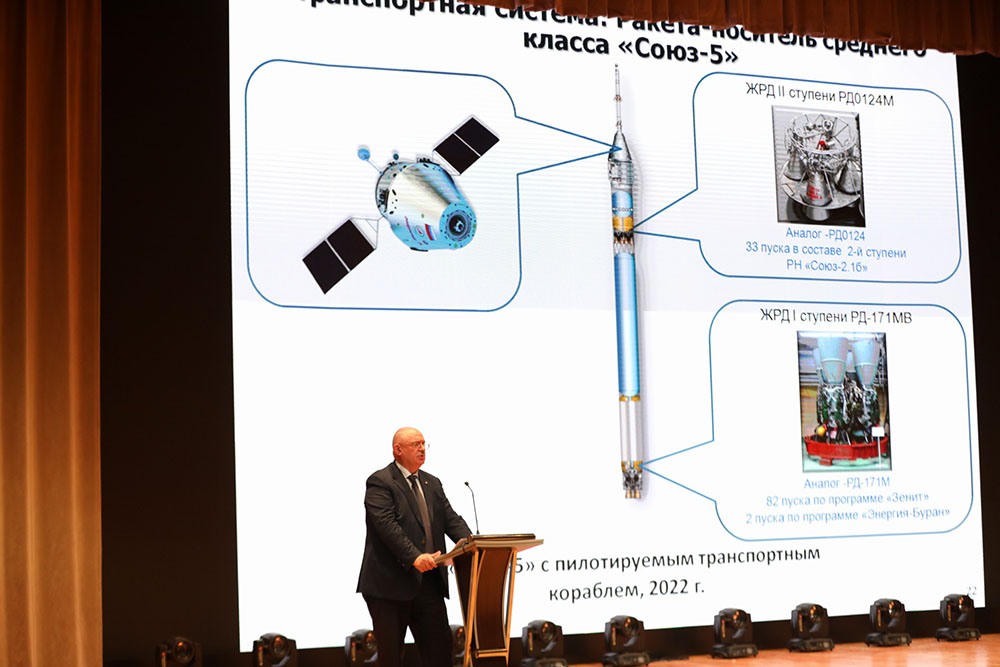 On February 4, 2019, Vladimir Putin and the director of Roscosmos, Dmitry Rogozin, took stock of the future of the new Russian launchers. The development of Soyuz 5 seems to be progressing well. The Soyuz 5 engine is being prepared for firing tests. Soyuz 5 could make its first flight in 2022. This inaugural launch will embark a robotic version of the new Russian spacecraft Federatsia.

The Soyuz-5 launcher could fly as early as 2022

Russia seems determined to renew its launcher fleet in the coming years. Until very recently, the new manned spaceship Federatsia was tipped to be launched by an Angara rocket. Since May 22, 2017, this is no longer the case. A rocket called Soyuz-5 must be the launcher of the future Russian manned flights program. Soyuz-5 is therefore a major launcher for Russia. Despite its name, it has nothing in common with the current Soyuz but it must become its successor. Soyuz-5 is a medium-capacity launcher. Kerosene and liquid oxygen will burn in the first two levels.

Russia wants to offer competitive rates so that Soyuz-5 is a competitor to the Falcon 9. Soyuz-5 is not intended to be reusable. Despite Russia’s desire for independence from Kazakhstan, the launcher would take off from Baikonur. With 18 tons of capacity in the low orbit, Soyuz-5 could launch satellites as well as manned spacecrafts. It could also be used as a base for a heavy launcher with a capacity exceeding 100 tons in low orbit. This is an opportunity for Russia to recover the capabilities of the time of Energia. If everything goes as planned, Soyuz-5 could be launched as early as 2022.