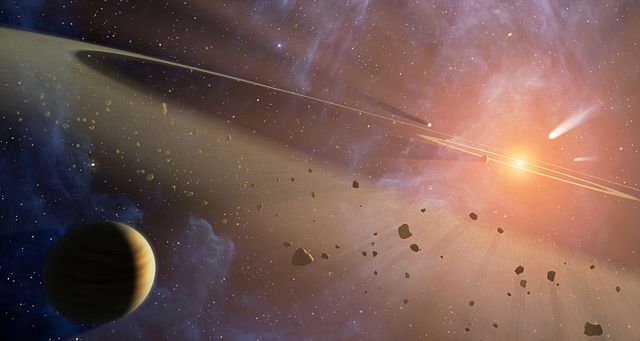 Located 10 light-years from Earth, the solar system Epsilon Eridani fascinates astronomers. First, its relative proximity to our solar system makes it particularly easy to study. We already know that there are two asteroid belts and a large disk of debris. Astronomers have also suspected for several years the existence of a planetary system around the star of this system.

A new study published last week seems to indicate that this system would be almost a copy of ours but in younger.
Its large disk of debris, probably from the planetary formation period, is reminiscent of the Kuiper belt that encompasses our own sun beyond Neptune’s orbit.
A study of the gravitational movements of this disc removes the presence of a gaseous giant in this size system similar to Jupiter.

NASA astronomers are almost certain that the system is home to other planets. Why not a young Earth located in the habitable zone of its sun only ten light years away from us? It would be a fantastic opportunity.