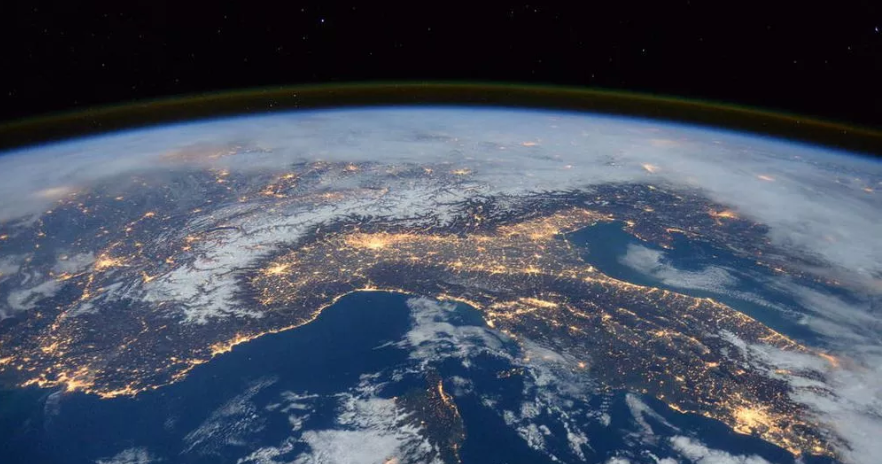 Video of Earth seen from the ISS live

Indeed, the International Space Station enters the shadow of the Earth every 45 minutes, for a duration of 45 minutes. This is why astronauts aboard the ISS often say that they attend 16 sunrises per day!

During these “terrestrial night periods” and during other interruptions in the transmission of images from the ISS, live images are not available. Instead of broadcasting a black screen, the video then broadcasts particularly spectacular recorded images.

To find out when the video is broadcasting pre-recorded images, look at the small map showing the position of the ISS at the bottom of the video. If the ISS is located in the “night” part of the Earth, then the images broadcast by the video are recorded images. Back in daylight, the live stream from the ISS will resume.

Position of the ISS live

In this image of the Earth, you can easily see where the International Space Station (ISS) is currently located. Reload the page to update the image and therefore the position of the ISS!


How to see the ISS live in the sky?

It is possible to see the ISS in the night sky, even with the naked eye. Follow the guide!

Note: it is also possible to observe the ISS live during the day with a special telescope, when the ISS is flying in front of the sun. But beware, this diurnal observation requires extreme precautions! Never look directly at the sun with the naked eye or with a telescope, unless you know exactly what you are doing. You risk becoming permanently blind.

To learn how to observe the night sky in the best conditions, visit these pages:

Learn to observe the night sky ►

How to choose a telescope ►

Who is currently on board the ISS?

How many astronauts are on board the International Space Station right now, and who are they? This website answers these questions at any time. You can also click on the names of the astronauts present in the ISS to access their complete biography on the NASA website or on Wikipedia for example. For the most fervent fans, the site offers an application for iPhone and iPad!


Visit the ISS with two astronauts!

Follow the astronauts Drew Morgan (USA, NASA) and Luca Parmitano (Italy, ESA) during a guided tour of the International Space Station in 2020. Discover the scientific modules and the storage rooms that make up the ISS, but also the places of common life like the kitchen or the bedrooms. Are you a little dizzy watching the video? Do you feel oppressed? This is normal because in the ISS there is neither top nor bottom, and the space is sometimes very small. We wish you a pleasant visit!

Do you want to move freely in the ISS like an astronaut? You can visit the space station in 360° on Google Maps by following this link. Be careful not to get lost in the mazes of the International Space Station. It is the size of a large football field!

Do you want to learn more about the International Space Station?

New crews, new modules, the future of the space station … Don’t miss any news on the ISS by regularly visiting our page dedicated to the International Space Station.