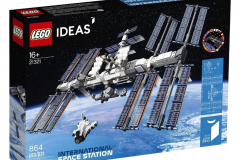 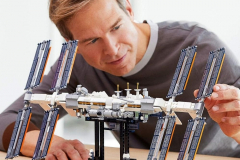 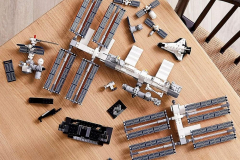 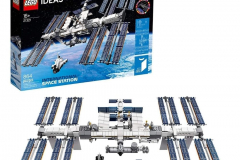 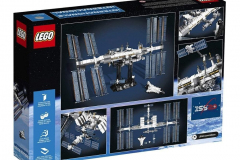 Our review of the LEGO International Space Station

Recommended for 16+ people, we don’t think it really deserved this recommendation. We do often wonder if LEGO does that just to encourage the adult fans to buy. Kids could get along with this just fine, especially if they’ve got a particular interest in space.

However, the LEGO Ideas International Space Station is not for young children. This is not a toy, this showpiece is full in details and looks great when done.

If you plan playing with it or manipulating it, you may be disappointed because of the fragility of the product. A kid may enjoy building it, but it is not for rough play. 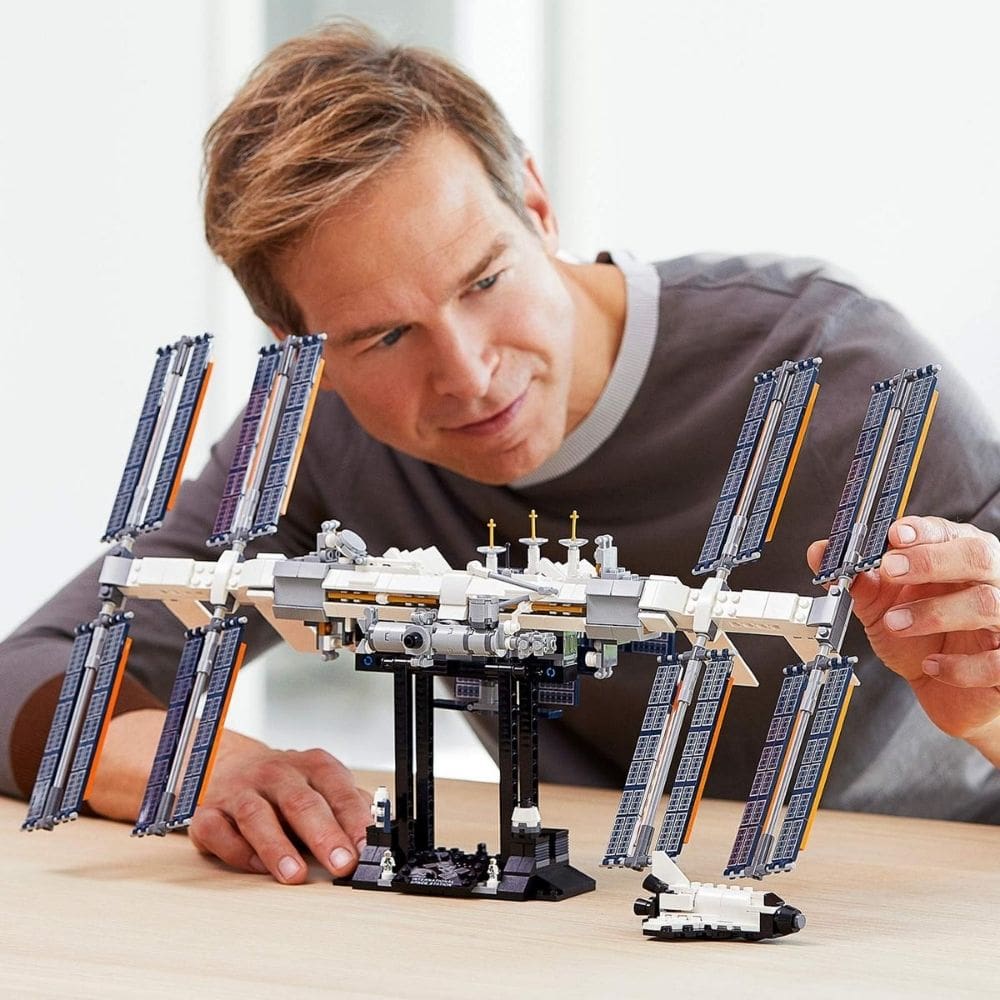 This is set number 29 from LEGO Ideas. These sets are based on fan submissions and we’ve seen a number of space related lego Ideas sets before.

Released in 2012, LEGO Ideas number 2 was asteroid exploration spacecraft Hayabusa, number 5 from January 2014 was Mars Science Laboratory Curiosity rover and that was followed up in August 2014 with number 7 the exosuit. The next true space-related build from LEGO Ideas was the magnificent LEGO Saturn V which was released in 2017. Set number 19 was Women of NASA from November 2017 and that brings us to set number 29, the LEGO International Space Station.

Discovery of the LEGO ISS box 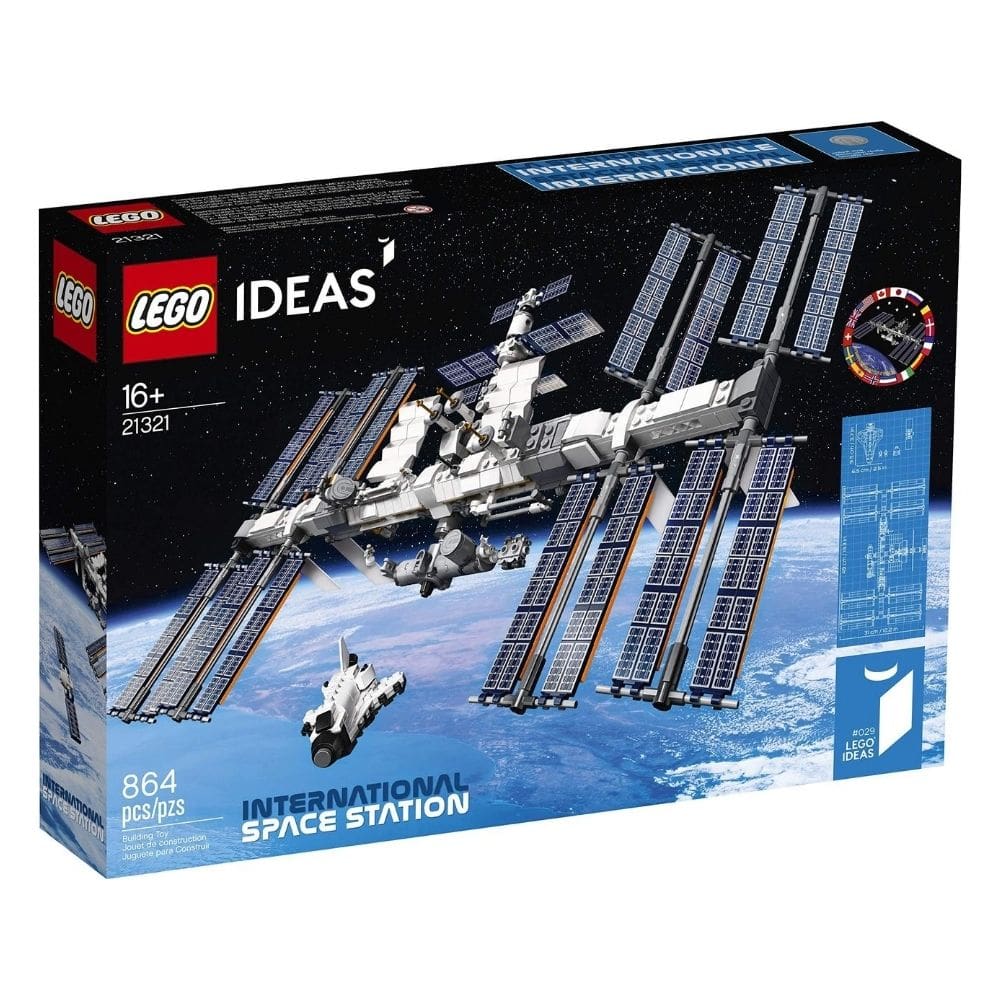 This 864 piece set is reassuringly heavy for the price. It feels like we’re getting some value for money here.

On the front of the box, we have the dimensions of the completed set: the International Space Station is 49 centimeters (19.3 inches) wide, and 31 centimeters (12.2 inches) tall.

On the back of the box we get a better idea of what to expect from the completed model. 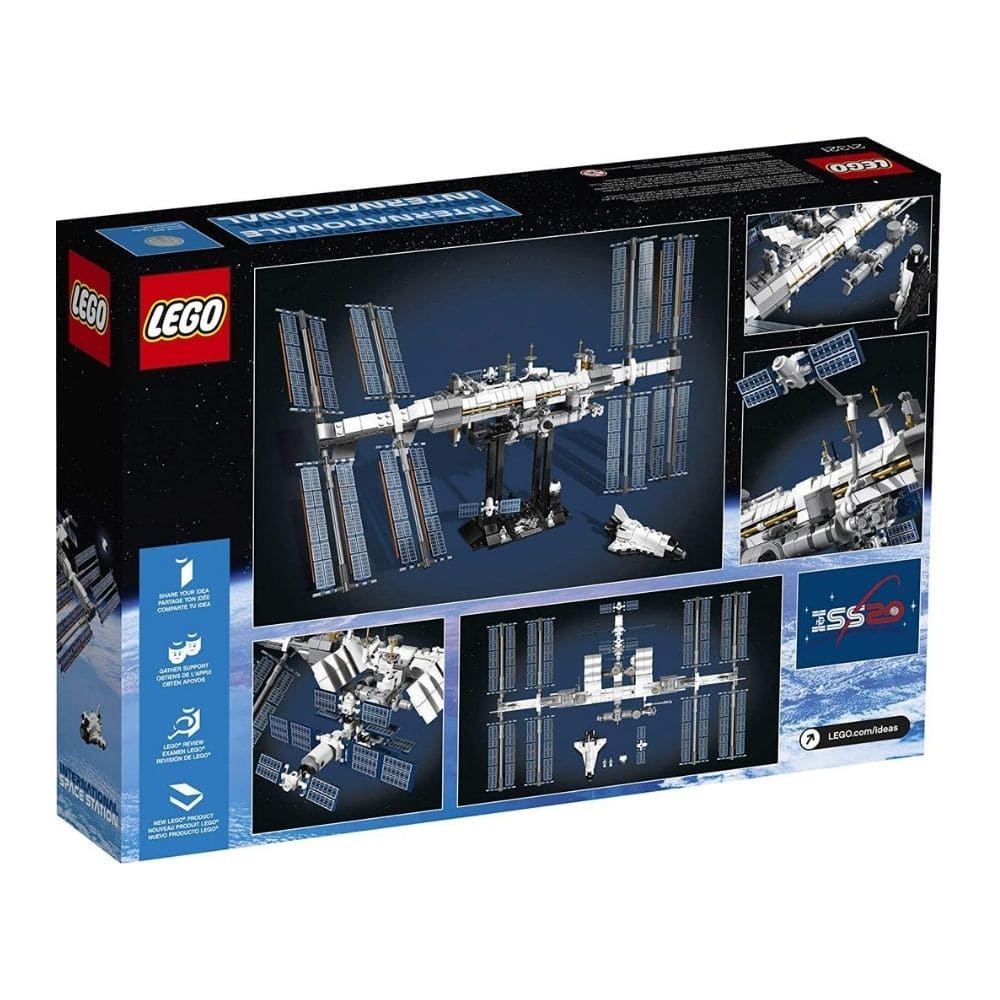 The LEGO Ideas International Space Station can be mounted on a custom-built display stand completed with micro figure astronauts. It comes complete with an extensive solar array and you can use a brick built version of Canadarm to dock with various service modules.

Accommodation for humans is a relatively small part of the ISS but you can see there are various modules attached to the side.

There is also a reminder that the International Spadce Station has reached 20 years old. The first ISS component was launched in 1998 with long-term residents arriving on November 2000.

As well as the International Space Station, we also get
a small scale version of the space shuttle given that the last space shuttle mission was on July 8, 2011. There is some nostalgia involved here.

Here’s everything that come inside the box:

How is it to build the LEGO Ideas International Space Station

The LEGO Ideas International Space Station takes a couple of hours to complete. Many of the pieces are tiny and the instructions are complex, often with many pieces and multiple steps per page. 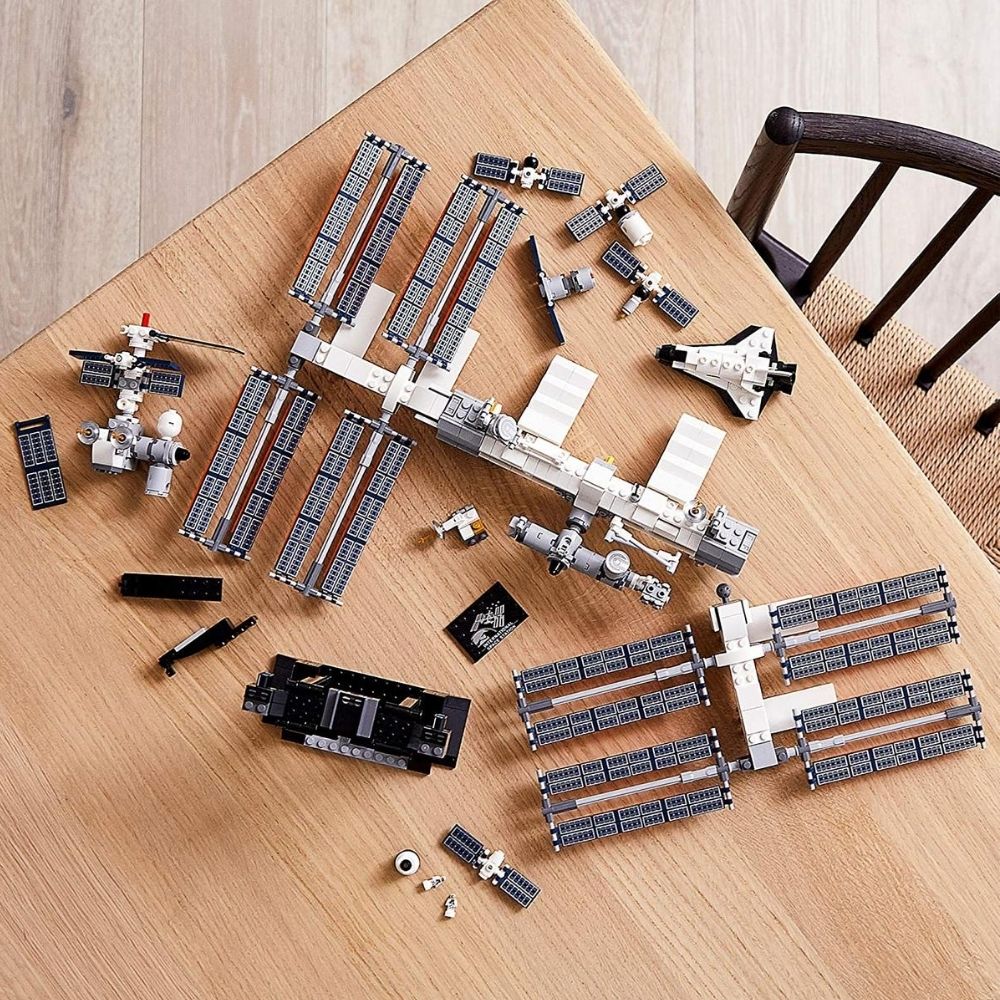 How to display the LEGO ISS

The display stand is sturdy and decorative without taking away from the visual appeal of the overall ISS.

As this is clearly built as a display piece and also a conversation piece there is a decorative printed tile attached to the base which explains what this is.

We also have some of these micro figure astronauts which were also included with the LEGO Ideas NASA Saturn V model.

The stand does a good job of supporting the ISS without taking away from the elegance of the build. It’s pretty sturdy. You can remove the ISS from the stand but we wouldn’t really recommend it as it is quite fragile.

What we think of the LEGO International Space Station

Building the LEGO International Space Station is a great activity for a family as it is easy to split up tasks and all work on it together.

It looks absolutely stunning next to the LEGO Saturn V and the LEGO Apollo 11 Lunar Module, or just on it’s own.

The price is pretty good considering the amount of detail and the 864 piece part count.

If you’re a fan of LEGO or a fan of space stuffs, this
definitely gets our top recommendation.

Just be mindful that this is half a meter long and it’s going to take up some room. 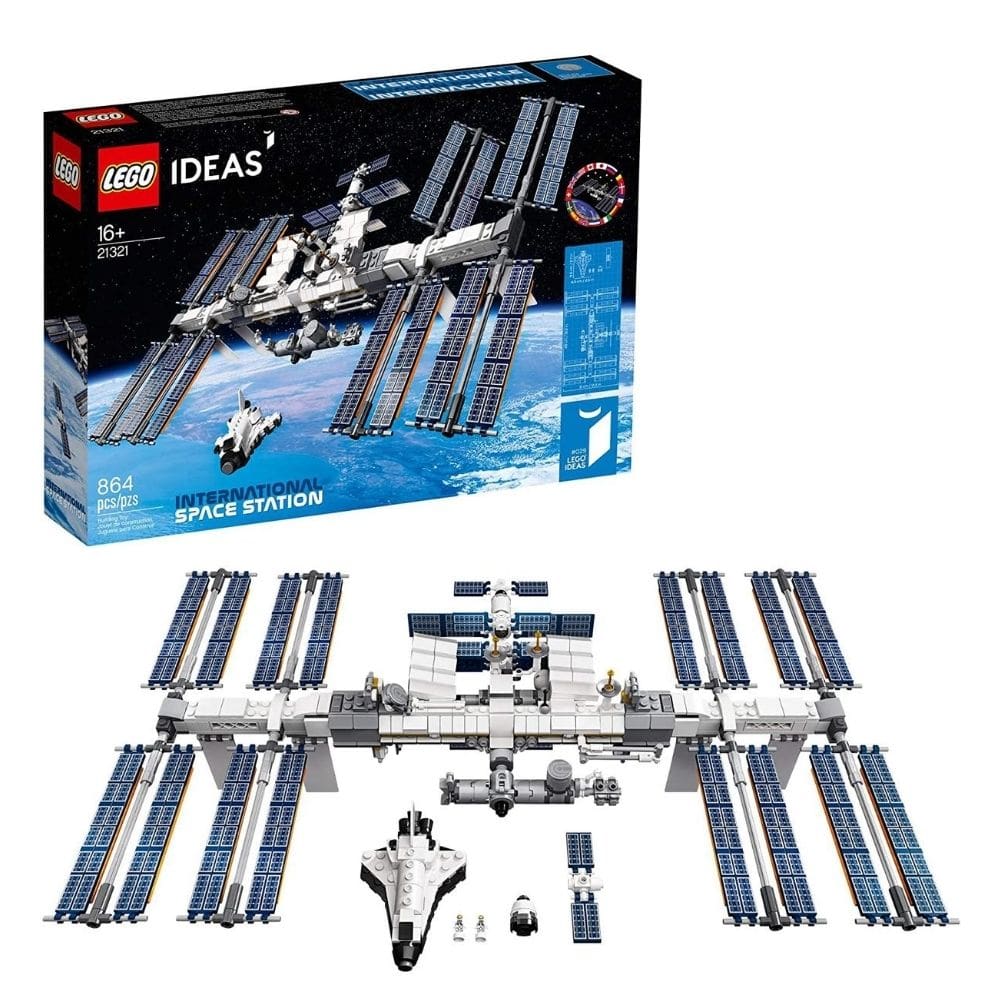 To read more reviews, the current price and buy the LEGO International Space Station, click on the link :