Martian base, Martian home : all you need to know and news

AI SpaceFactory wins $500,000 thanks to its 3D printed martian home

The works of AI SpaceFactory are very interesting concerning the 3D printing of buildings on the Martian surface. They were awarded a US $500,000 prize by the US Space Agency after creating a one-third scale Martian base model in less than 30 hours, called MARSHA.

Their Martian home could be printed thanks to a material that could be made from the surface of the planet Mars. This material is a mixture of fiber, basalt extracted from the Martian rocks and bioplastics that is derived from locally grown plants. The result is a resistant material, insulating in terms of temperatures and radiation. A window and a dome have also been integrated into the design of the Martian base.

MARSHA has the advantage of being fully assembled from a robotic arm that can take place on a Martian rover. The Martian house is very thin and high to avoid the rover to move and thus limit the risk of breakdowns and wasted time. This shape also makes possible to adapt to the constraints of the planet Mars. Indeed, on the planet Mars it is easier to build tall buildings thanks to the low gravity on the surface of the planet Mars. The central skylight is designed to help humans feel less locked up.

AI SpaceFactory’s Martian base has a double-shell structure to improve its thermal insulation. Four levels enable people to live and work effectively. The illustrations of AI SpaceFactory show a very optimistic version of the colonization of Mars, even if their solution is rather intelligent. But the first occupants of a Martian base will certainly not benefit from such luxury.

Find out what (maybe) your house will look like on Mars

NASA does not currently have a roadmap for a trip to Mars. But that does not prevent the US space agency from preparing for this travel. NASA regularly conducts studies and develops concepts to try to solve the problems associated with maintaining human life on Mars. Among its latest initiatives, NASA has put several teams into competition to imagine the creation of a Martian habitat. A Martian shelter suitable for men must have several qualities such as waterproofing, radiation protection and thermal insulation.

As part of this competition, the US Space Agency also asked participants to work from materials available on Mars. The competition started in 2014 with 18 teams and there are only 5 left today. The teams will have to pass five 3D modeling phases and three real construction phases. The teams are now in the middle of the third phase of building a model of their concept. The five teams devised very different solutions to develop their habitat on Mars. All of these teams produced multi-minute videos explaining their concept.

The Zopherus team bets on a huge lander that is actually a construction plant that moves on the Martian soil using feet to find the perfect location. It then deploys rovers to get the necessary building materials. The plant then attaches to the ground and prints the structures in a pressurized environment. The result is a three-part easy-to-expand habitat. 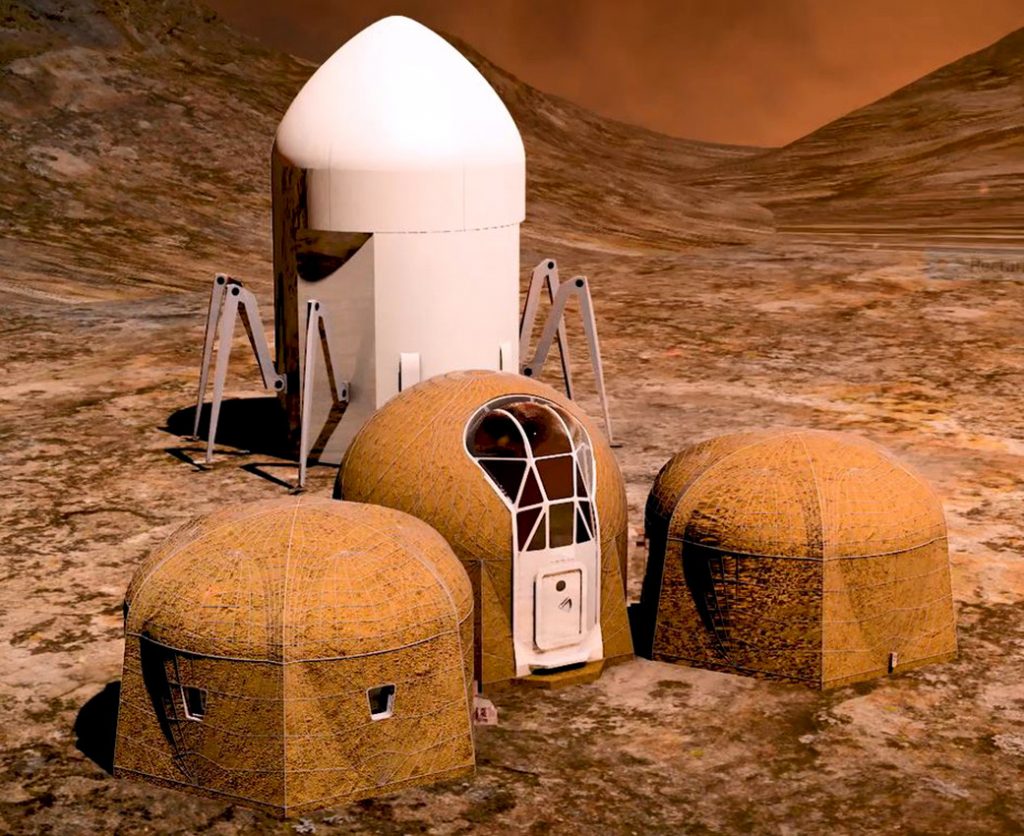 For the MARSHA team, the ideal solution is through a cylindrical habitat of great height. This shape also minimizes unnecessary spaces and can be printed by a robot with low mobility. The habitat imagined by the team has four floors each dedicated to different activities for explorers. 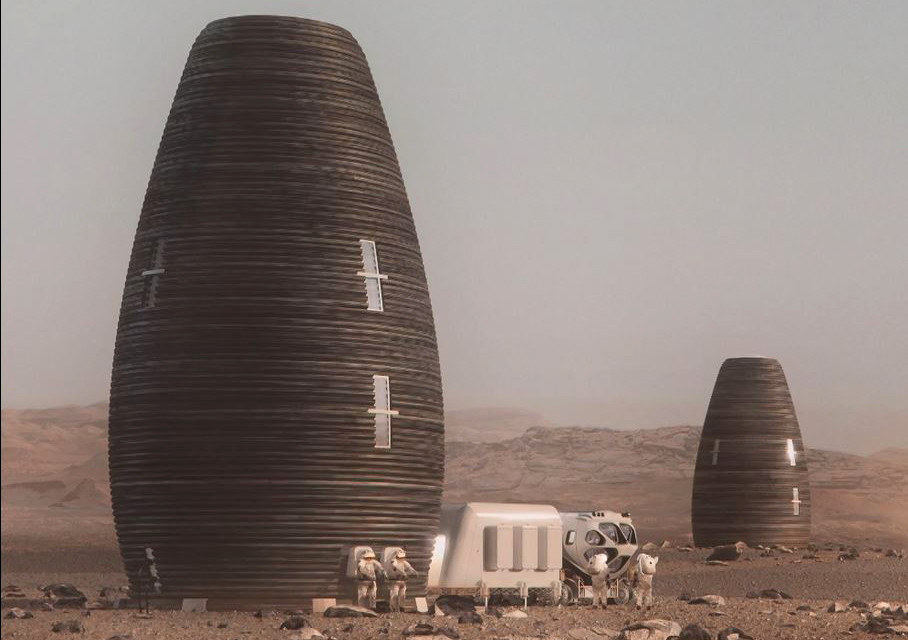 The Kahn Yates team plans to print their habitat around their lander. The structure would take place at the equator and consists of two parts. An external dome is responsible for maintaining the pressure and the habitat is printed inside the dome. This configuration allows to leave some place for a useful and pleasant garden in the dome.

The fourth SEArch+ team focused on a habitat that protects against radiation to a maximum. Two inflatable cylinders are partially buried and covered with a thick structure printed in 3D.

The fifth team focused on an inflatable dome over which an extra layer of protection is printed in 3D. 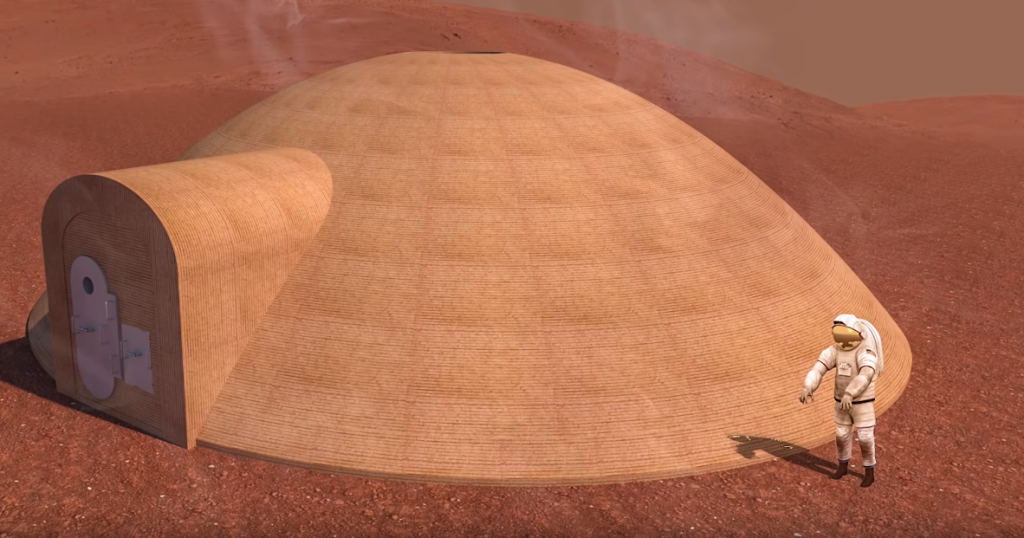 All these concepts are first and foremost dreams because we imagine that the first Martian habitats will not be as luxurious as those presented by these 5 teams. But we must still think about these issues if we want the trip to Mars to become a reality. Perhaps one of these concepts will serve as a basis for the design of the first real human shelter on the red planet.