All about the Psyche space probe and news 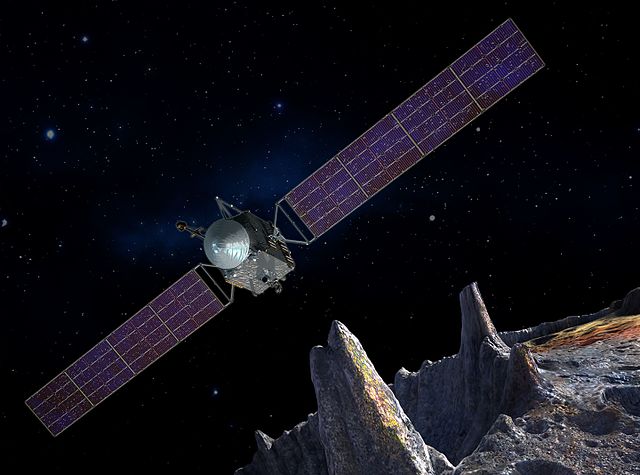 The development of the Psyche space probe continues

The Psyche mission will be launched in 2022. It will explore the asteroid that bears the same name, an asteroid almost entirely composed of iron and nickel. We think that this is the heart of a protoplanet that has disappeared. This is the opportunity to study the center of a differentiated body without having to drill hundreds of kilometers.

The Psyche space probe has just passed a critical review and will therefore move to the next stage of its development. The US space agency has validated its preliminary design. It will then be built and tested. Psyche should arrive in orbit around its target in 2026. In addition to its scientific instruments, it will carry an experimental system of laser communication, a technology increasingly used in space applications.

Psyche should break distance records by establishing a line between the asteroid belt and the Earth. The delivery of this system might however generate delay. The NASA Evaluation Committee estimates that there are 70% chances that the space probe will be ready for its launch window. NASA’s teams and infrastructures are in fact very busy with different projects, which can pose logistical problems. The Psyche space probe has to give way to Europa Clipper in the clean room of the JPL. It will probably have to find another integration site.

The mission of the probe Psyche is advanced in 2022

NASA has decided to advance the mission of the space probe Psyche. Originally scheduled to be launched in 2023, it is now scheduled for 2022. The flight time to its target, a metallic asteroid, has also been greatly reduced. Indeed, it will reach its target in 2026. The mission is the study of the asteroid 16-Psyche, the most massive object located in the asteroid belt between Mars and Jupiter. With a diameter of approximately 200 kilometers, it is mainly composed of metal.

Imagine that a collision of incredible power vaporizes the crust and mantle of the Earth, leaving intact only its ferrous heart : scientists think that this is what happened to 16-Psyche. The space probe Psyche will be responsible for conducting the investigation to determine what could lead to such a cataclysm. It will be equipped with an ion engine with operation quite similar to the plasma engine. She will also have many instruments to determine the composition, characteristics and history of the asteroid.

By solving the case of Psyche, we will better understand the history of our solar system and the cataclysmic phenomena that accompanied its formation. And thanks to its unique composition, Psyche could very well become the most important iron mine of the solar system for the industrialists of tomorrow.