All about the Darkness camera and news 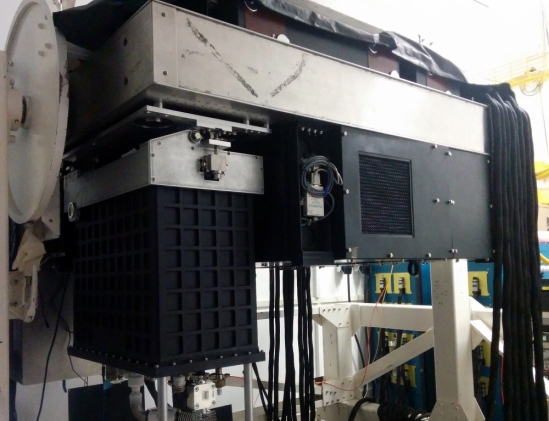 With the release of the second catalog of Gaia, we will probably be able to add a few thousand exoplanets to our inventory in the coming years.

Now that the discovery of extra-solar worlds has become a banality, we must go on to the next stage, that is, to characterize these planets as well as possible.
The problem is that it is very difficult to obtain information on exoplanets. Most of our detection methods leave us with at best three parameters: mass, diameter and orbital period. In addition, several observation methods must be combined to obtain all this information. Difficult to identify an exo-earth.

The best way to characterize exoplanets would be to see them. We begin to succeed for gaseous giants in orbit around weak stars, because the main difficulty comes from the phenomenal brightness difference between a planet and a star. But a new instrument could change everything.

The Darkness camera is presented by his team as the most sophisticated superconducting camera in the world. She must be able to take pictures of a contrast never seen before and thus reveal objects in the neighborood of a star. To achieve this, the Darkness camera uses so-called kinetic inductive sensors. This allows him to record the arrival time of each photon that reaches its sensor. Coupled with methods of correcting atmospheric interferences, the instrument of the University of Santa Barbara should be able to distinguish light sources of intensities very variable. The team in charge of the project thus thinks of being able to isolate planets 100 million times less luminous than their star.

Current direct detection methods rely on emitted infrared light by the planets. With the superconducting camera Darkness, what we will see is the light reflected by these worlds in the same way that we observe the planets of the solar system. For now, Darkness is installed at the Hale Telescope in California and is still in the calibration phase.

Once operational, the Darkness camera will focus on red dwarfs. These stars are probably quite hostile to life with their frequent eruptions but are also weak, making them ideal candidates for this kind of observation.

The university team that deals with Darkness hopes that this is the first in a serie of similar instruments. Ideally, she wants to install one of these cameras on the 30-meter telescope currently under construction in Hawaii. Combining these two instruments should be able to directly image the orbiting planets around stars close to the Earth and even detect signs of biological activity of their atmosphere.

The technology can be used for other fields of astronomy: the Darkness camera will also participate in the study of pulsars and measurements of the speed of expansion of the universe.