All about effects of space on the human body and news 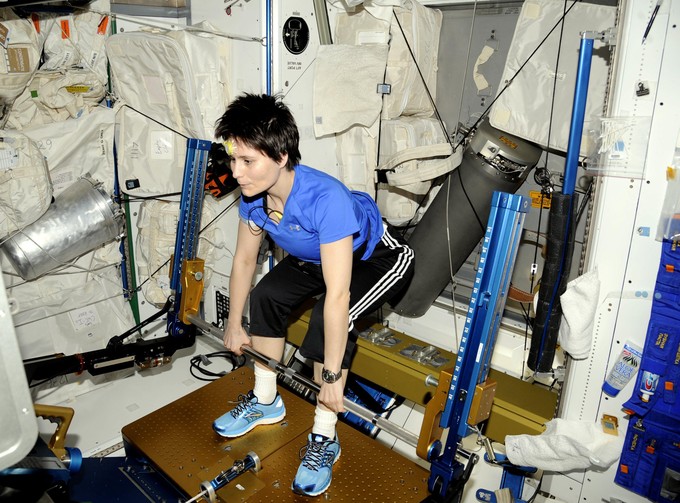 Cosmic radiations, the main obstacle to travel to Mars

Studies are pessimistic about the impact that deep space radiations could have on the gastrointestinal functions of the human being. Researchers have simulated the impact of cosmic radiations on living things, and the results are bad. The stomach and the colon seem particularly sensitive, the rates of cancer increase considerably. Other studies have shown that interplanetary radiations can alter brain tissue and speed up the aging process. Even if we know how to shield a space capsule against certain radiations, we do not yet know how to fight effectively against all radiations.

Some radiations are difficult to stop with a shield, and generate very serious risks for gastrointestinal tissue and DNA. Before considering a travel to Mars, it will be necessary to solve this problem. The solution could come from a dedicated material, or a drug that lowers the effect of these radiations. For periods of very short exposure, this should not be a big issue.

Whether the first travel to March is undertaken by a government agency or a private company, the passengers of the expedition should have a taste for adventure. Such an adventure will probably take several years for a round trip. No human being has ever been outside the Earth for so long. The Soviets then the Russians have tested some space travels of more than one year aboard MIR, but nothing that approximates what would be a travel to Mars. NASA, like other who want to travel to Mars, needs to know how the human body responds to extended stays out of Earth’s gravity. The american space agency launched a few years ago what it calls the Twins Study. NASA has been fortunate enough to have two twin brothers, Scott and Mark Kelly, on NASA’s manned astronaut crews.

Scott Kelly participated between 2015 and 2016 in the longest stay on the international space station. He stayed there a little less than a year, which is a record for an American astronaut. Meanwhile, his twin brother remained under the surveillance of NASA medical teams. The objective is to conduct a comparative study of two almost similar human beings, one of whom spent significant time in orbit. The study focuses on the physiological and psychological effects and especially on how the extended space stay affected Scott Kelly’s genome. The first results show various effects, some of which disappeared a few days after the return to Earth, while other effects seem to persist over time. There are, of course, the known effects of extended space travel, such as muscle and bone weakness. But where the study has provided unpublished results, it’s about genetics.

Nearly 7% of Scott Kelly’s genes seem to have been affected in the long run by the space stay. Its immune system, the formation of bones or the content of its blood have been impacted. Other surprising results, the telomeres of Scott Kelly have greatly lengthened during his stay in space. Telomeres are pieces of DNA that are at the ends of chromosomes. They could be related to the longevity of individuals. Unfortunately, spaceflight does not seem to be the secret of immortality. The telomeres of Scott Kelly have indeed found a normal size only a few days after his return to Earth. NASA will continue to test the health and genome of the twins for a while. These results suggest that a Martian travel would not be without consequences, even with the utmost care.