JAXA will join the Artemis program 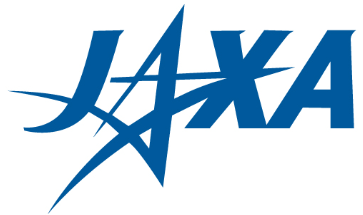 To succeed in sending men to the Moon in 2024, NASA has an interest in surrounding itself with a maximum of partners, including international partners. The European Space Agency should detail its participation next month in the interministerial conference to be held in Seville. In the meantime, Japan has made announcements. JAXA is already an important partner of the international space station, and it seems that the Japanese space agency also wants to get involved in the Artemis program.

On October 18, 2019, Japanese Prime Minister Shinzō Abe announced that Japan will join the Artemis program. It is not yet known what form this partnership will take, but several options are being considered. JAXA could participate in the refueling efforts of LOP-G, the lunar orbit space station.

JAXA could use the new version of its HTV cargo spaceship to fulfill this mission. However, it requires a launcher powerful enough to send the HTV cargo spaceship towards the Moon. JAXA could also offer additional modules to the LOP-G or participate in experiments. This announcement makes Japan the second official partner country of the Artemis program, after Canada.

JAXA cooperates with NASA on the XRAM mission

A project of JAXA, the Japanese space agency, involves many international partners. JAXA launched last year the X-ray telescope, called Hitomi. Unfortunately, a month and a half later, a series of failures made it totally inoperative and the Japanese agency declared it lost. But JAXA does not give up. The Japanese space agency has announced a partnership with NASA to launch a similar astronomy observatory called XRAM. The mission will be slightly different and will carry fewer instruments than Hitomi. The JAXA abandons all the part of the mission dedicated to the observation of hard X-rays. But the mission remains very important.

X-ray astronomy has indeed been very successful in recent decades. It is a necessary tool to observe the neighborhood of black holes and to investigate dark matter and dark energy. The X-ray observatories of NASA, Chandra, and ESA, XMM-Newton, were launched in the late 1990s. So it’s time to launch new observatories, with a technical update. With the failure of Hitomi last week, the launch of new observatories is postponed by a few years. The new XRAM mission will not be launched until 2021, and NASA’s and ESA’s X-ray telescopes will be 30 years old. X-ray astronomy is therefore likely to experience difficulties. Only the NuSTAR Observatory has been launched recently. This is a small mission, dedicated to the exclusive observation of hard x-rays.

The Japanese space agency, JAXA, has announced plans to launch a new solar sail to succeed
in Ikaros. The latest launch in 2010 demonstrated that it was possible to follow trajectories
interplanetary with the sole pressure of the solar wind.

The new sail will make 2500 m², a surface nearly ten times greater than Ikaros. But that’s not all, it will also be fully covered with solar panels that will feed an ion engine giving the ships a double propulsion. The mission of the probe will be to explore the Trojan asteroids around Jupiter, it should be launched in the early 2020s.