All about Voyager space probes and news 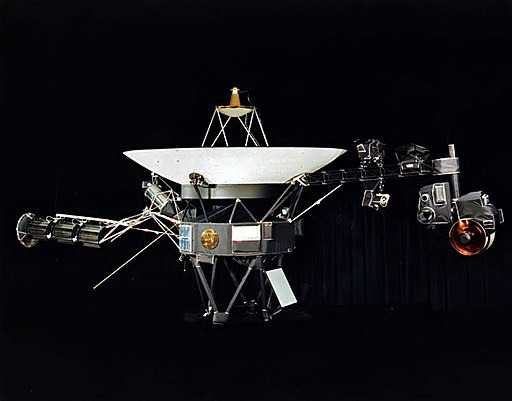 Both space probes will not have enough energy to power one of their scientific instruments. They will however continue their journey, without being able to send us information. They should reach the Oort Cloud in about 300 years, if it really exists. It will then take about 30,000 years to cross it. The two space probes should then continue on interstellar trajectories without a precise destination, potentially for several thousand or millions of years. Let’s hope that during the few years they will still be able to operate their instruments and communicate with the Earth, they will be able to provide us with interesting information about the interstellar environment.

The Voyager space probes come to celebrate their 40th anniversary and are still in activity, which is a lot of time because the space environment is hostile. On August 20, 1977, the Voyager 2 spacecraft was launched to Jupiter on a Titan 3 rocket. It reached Jupiter in just two years, in July 1979. The Galileo mission launched in 1989 took six years to make the same travel. Voyager 2 and Voyager 1 consisted of an overflight mission. The spacecraft reached Jupiter at a much higher speed than Galileo, which orbited Jupiter. Jupiter had an extraordinary global alignment that only happens every 176 years. The Voyager 2 spacecraft was able to fly over the four outer planets of the solar system, whereas Voyager 1 which had a much faster trajectory, flew over only two.

The Voyager probes were preceded a few years earlier by the Pioneer probes, the first man-made objects to have passed the orbit of Mars and ventured into the outer solar system. The Pioneer, Voyager and more recently New Horizons probes are the only five probes to have been released from the solar system. The five space probes have taken different directions. Voyager 2 will reach the Sirius system in almost 300,000 years. Unlike Pioneer, the Voyager probes are always active and continue to communicate with the Earth. They send us information about the characteristics of deep space. To achieve this, they use thermoelectric generators that operate thanks to the heat produced by plutonium spheres. The probes can operate without solar panels and they benefit from a source of electricity for decades. The RTG generators of the Voyager probes should allow them to communicate with us until around 2020.

The probes embark a message of humanity for possible extraterrestrial civilizations, a golden disc where are engraved sounds and images. Both Pioneer probes also carry quite similar devices. Voyager probes are unlikely to teach us anything new. Lost in the interstellar void, the two space probes will slowly die, when the plutonium will not be enough radioactive to provide them with energy.