All about the company NovaWurks and news 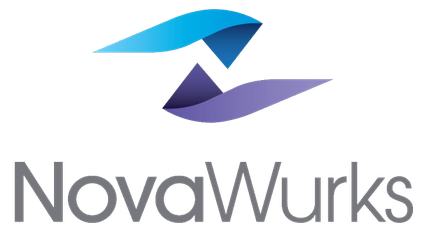 The design of a satellite faces significant constraints. It must be compact enough to fit under the rocket fairing, and possibly to share with another satellite. That is why the instruments of a satellite or a space probe are assembled within a platform. The platform of a satellite is the structure that houses all mission-related functions, including flight control, propulsion, energy and thermal control. It is necessary to integrate the payload of the mission in this platform, the scientific instruments or the telecommunication devices for example. The payload must therefore be compatible with the constraints of the platform, which is itself subject to the constraints of the launcher.

NovaWurks hopes to change this with the modular construction of satellites around the payload. To achieve this, the company has developed two small modules called HISat. These are small bricks of 20 cm side and ten centimeters thick, for a weight of 7 kg. They host all the functions necessary to support a payload, that is to say navigation, communication, propulsion or power supply. They can be assembled on Earth or directly in orbit, with a structure more or less depending on the payload. An integrated software allows them to communicate with each other and assign them a specific role according to their place in the structure.

The approach chosen by NovaWurks has several advantages. First of all, it reduces the constraints on the payload. It is thus possible to adapt the support functions to the payload without the constraints associated with a specific platform. Its final shape can also exceed the constraints of a rocket fairing because the assembly of the bricks can be done in orbit. The use of a modular structure makes it possible to replace and improve the ancillary functions of the satellite throughout its life. Therefore, as long as the payload is functional, the life of the satellite can be extended.

To prove the validity of its concept, NovaWurks has planned three missions. The first mission took place a few days ago aboard the International Space Station (ISS). Astronauts aboard the space station assembled a small satellite using eight HISat modules and then put it into low Earth orbit. In a few months, the EXCITE (Experiment for Cellular Integration Technologies) mission funded by DARPA will carry 14 HISat modules on a military satellite. Once in orbit the satellite will separate from these modules that will have to reconfigure themselves, for independent operation. Finally, in the following year NovaWurks will send its small bricks into geostationary orbit to test their resistance to a high level of radiation.

If the concept of NovaWurks is proven, it could interest a lot of people because a significant part of the cost of a satellite comes from the efforts that must be made to miniaturize and integrate the payload into its platform. If society manages to ease this constraint, it will open the doors of a very lucrative market. NovaWurks claims to receive many signs of interest from commercial customers and government agencies.