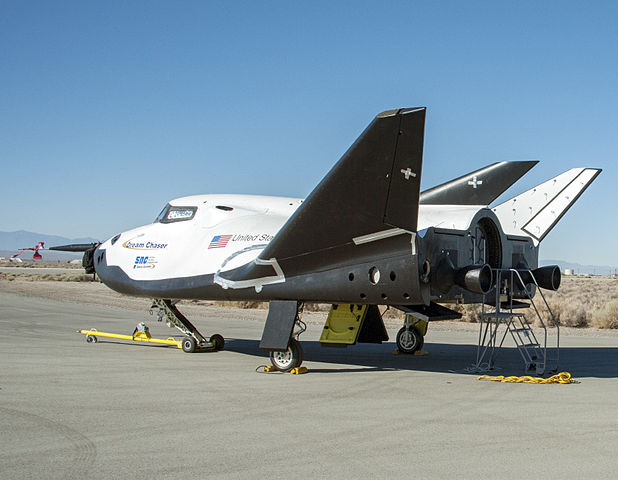 Dream Chaser space shuttle will transport cargo to the ISS

SpaceX and Boeing should be able to offer manned flights to the ISS this year. For Sierra Nevada, the projects are also advancing because the company has just received official authorization to carry out its first cargo mission to the ISS. Sierra Nevada is developing the space shuttle Dream Chaser, which was originally designed for the transport of crews. But it is as a cargo carrier that NASA preferred to keep Sierra Nevada. Dream Chaser will be able to transport up to 5.5 tons of freight to the international space station, and will be able to bring as much as 2 tons to Earth by landing on the Kennedy Space Center track that was used for space shuttles.

Last November, Dream Chaser landed successfully after an altitude launch. It had failed this operation in 2013. Now it needs that Sierra Nevada quickly finds new customers in addition to NASA to prepare for after ISS. It is conceivable that new private operators of the ISS or other space stations will need cargo carriers, but nothing says they will have a budget as high as NASA. For the moment, Dream Chaser can hang on to a contract with the United Nations space office, but only one launch is planned in 2021.

Sierra Nevada is a company that provides solutions for the US Defense and Aerospace industries. Among its products, Dream Chaser is an inhabited space shuttle project that has received financial support from NASA. It is one of the projects selected to provide human flight capability to the ISS alongside SpaceX’s Dragon V2 and Boeing’s CS-100. Sierra Nevada has announced a partnership for the launch of the Dream Chaser space shuttle. The launches will be ensured by a new version of the Atlas rocket. This should allow Dream Chaser, which is close to 20 tonnes at full load, to reach the orbit of the International Space Station.

The Dream Chaser shuttle from Sierra Nevada will be available in two versions : one for the transport of cargo ships and another for manned flights. It takes again the architecture of mission which seems to be privileged by all the new space shuttles : a setting in orbit by a conventional rocket then a landing in the manner of an airplane.

The livable version of Dream Chaser will be able to carry seven passengers to the low orbit in a pressurized volume of 16 cubic meters. Sierra Nevada hopes that each of its shuttles can be reused about 15 times. Compared to its competitors, Dream Chaser is the only one to have retained the solution to use a space shuttle design. Indeed, the spaceships of Boeing and SpaceX have the shape of a capsule. The design of a space shuttle offers a carrying body, which is an advantage : during an atmospheric reentry, the shuttle is able to glide to 1500 km away without using any engine. This makes it possible to return it to an airstrip and thus reduces the cost of recovery.

For the moment Dream Chaser is still in test phase. A prototype was able to carry out ground tests in 2013 but unfortunately it was damaged the following year following an altitude drop. Since then, testing has resumed, but there is still much work to be done before Sierra Nevada can compete with the SpaceX Dragon V2 or Boeing CS-100. Sierra Nevada currently plans to make the first flights of the cargo version to the ISS in 2020. But as the International Space Station comes to the end of its life, Sierra Nevada will have to find a new utility for its space shuttle.