All about Northrop Grumman’s OmegA rocket (Orbital ATK) and news 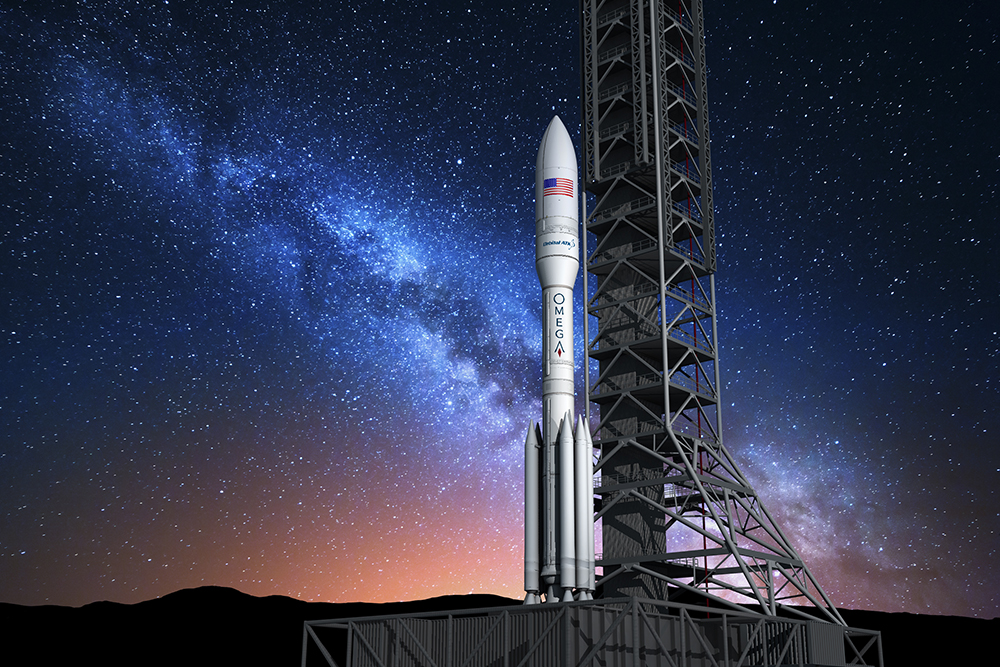 OmegA is a launcher that will primarily use powder propulsion. The first stage and the second stage should use the boosters of the American Space Shuttle. The first stage will be available in two versions called Castor 600 and Castor 200. The transition from one to the other will allow OmegA to be used as a normal launcher and as a heavy launcher. The second stage will also use powder propulsion, a Castor 300.

At the very top of the launcher there will be a stage that burns hydrogen whose engines will be provided by Aerojet Rocketdyne. To embark the heavier payloads, OmegA will be able to use the same side boosters found on the Vulcan heavy launcher.

OmegA is a launcher primarily designed to meet the needs of the US military. In its heavy version with 6 side boosters, it should be able to place just over 10 tons in geostationary transfer orbit. The normal launcher should be launched first and the heavy launcher will probably not fly until 2024.

Although the engine and technologies are not very innovative, the new subsidiary of Northrop Grumman wants to manufacture these new boosters in composite materials, which will improve the performance of elements imagined in the 1970s.

We don’t know what will be the price charged for this launcher. The price will probably condition the success of OmegA outside the missions for the US military.

Orbital ATK wants to have a powerful launcher capable of sending heavy payloads to low orbit or geostationary orbit. That would allow the American company to try to make big deals with the US Department of Defense.

For three years, Orbital ATK has been developing a new rocket that has just been named OmegA. In appearance, it is very similar to an Ares 1 rocket. But the OmegA rocket should be modular. It will have a solid propellant first stage directly from the boosters of the shuttle. A second powder stage is available as an option. Finally, at the very top of the rocket will be located a cryogenic propulsion stage, with liquid propellants.

This important use of powder propulsion is not very surprising from Orbital ATK because the American company has significant experience in the manufacture of thrusters. In addition to shuttle boosters, Orbital ATK manufactures those of the SLS and Delta 2, Delta 4, Atlas 5 launchers. The OmegA rocket is a huge booster, and can accommodate up to 6 powder boosters.

Orbital ATK did not communicate about thge launcher performance. OmegA rocket should be part of medium to heavy rockets. The prices have not been communicated either, but in addition to the Defense contracts, Orbital ATK will also target the commercial market : it will therefore be necessary for the prices to be competitive. The engines of the rocket will be tested on the ground next year. A first flight is planned in 2021 for the lightest version of the OmegA rocket. The most powerful version will come into service later.

The Orbital ATK OmegA rocket is an exciting opportunity for the company to grow. The US company is already building telecommunications satellites for various customers. With a rocket capable of placing heavy payloads into geostationary orbit, Orbital ATK will be able to offer an all-in-one service : design, production and launch of satellites. However, it is difficult to calculate the amount of savings that customers of Orbital ATK will be able to make by only going through a business.

Orbital ATK is still looking for customers for its OmegA rocket. The company has announced that it has received interest from a few companies, but no contract has been signed yet. The US Department of Defense, which has largely funded the project, should integrate the OmegA rocket in its future calls for tenders.