All about the project Breakthrough Listen and news 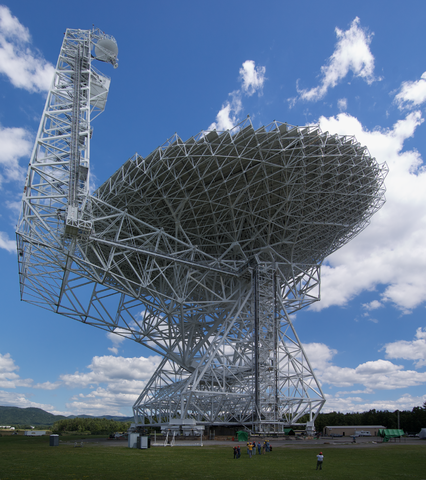 The Breakthrough Listen project concludes a partnership with the VERITAS observatory

The quest for an intelligent extraterrestrial life is an activity that is often summed up by the acronym SETI. Since we have measured the size of the cosmos and have the tools to study it, it seems almost natural to look for traces of another civilization elsewhere in the Milky Way, or even further. So far, this research has focused heavily on radio signals, with no noticeable result other than the detection of a single potential candidate in August 1977.

There are dozens of possible explanations for what is called the FERMI paradox. Are we alone ? Not enough technologically advanced ? Too few in our part of the universe ? Some interpret this silence as a sign that intelligent extraterrestrial life can not persist and others think that we simply search the wrong way.

The Breakthrough Listen initiative thinks we do not search for signs of extraterrestrial life with the correct method. Like Breakthrough Starshot, this project is funded by Russian billionaire Yuri Milner. The organization aims to mobilize large radio telescopes such as Parkes and Green Bank to conduct the most thorough search of the history of SETI programs. But it does not want to stop there : we can indeed suppose that an extraterrestrial civilization chooses another mode of communication that the radio waves or at least that it exploits another part of the electromagnetic spectrum.

To work on it, Breakthrough Listen has announced a partnership with the VERITAS observatory in Arizona. Normally, this observatory is responsible for detecting very short flashes of light in the upper atmosphere, a sign that a very high energy gamma ray has just crossed. The team of Breakthrough Listen thinks that this ability to identify very short signals, of the order of a billionth of a second, can be useful to them. An extraterrestrial civilization could indeed choose to communicate by laser pulses for example. We begin to do it ourselves. It will then be necessary to hope to have enough luck so that this extraterrestrial civilization makes errors of pointing and that signals leave from time to time in our direction.

This is again a risky methodology because we know absolutely nothing about the location or methods of a hypothetical extraterrestrial civilization. It is by trying in different ways that we give ourselves the most chances. We should therefore quickly discover if an optical SETI is a little more performant than a radio SETI.

Breakthrough Listen has already published its first observations. One of them is particularly interesting. Rapid radio signals could be observed in a galaxy 3 billion light-years from Earth. The source of these radio events has been called FRB 121102. Rapid radio signals have been observed since 2007. These are very short radio signals lasting a few milliseconds. The phenomenon is too recent to provide a certain explanation, but what makes FRB 121102 interesting is that it is the origin of a rapid and repeated radio signals. Breakthrough Listen has indeed already been able to make 15 observations of the phenomenon. This is the only known radio source with such behavior.

What could be the cause of these radio signals in this distant galaxy ? One of the possible explanations would be a magnetar, ie a neutron star with an extremely intense magnetic field. Magnetars are already suspected of causing gamma or X-ray bursts. Radio waves should therefore be added to this. The other hypothesis would be that these radio bursts would be emitted by an intelligent source. We imagine that Breakthrough Listen researchers are very eager to believe this explanation, but it is impossible to draw conclusions from such brief signals. Additional observations are therefore necessary.

The Breakthrough Listen project is part of a much larger set of projects called Breakthrough Initiatives that is funded entirely by Russian magnate Yuri Milner. The Breakthrough Starshot project aims to send micro-probes to Proxima Centauri using powerful lasers. There is also Breakthrough Watch, which focuses on the search for exoplanets, and Breakthrough Message which aims to reflect on how a message could be sent to an extraterrestrial civilization.

Image by Geremia at Wikipedia [Public domain], via Wikimedia Commons