All about solar flares and news 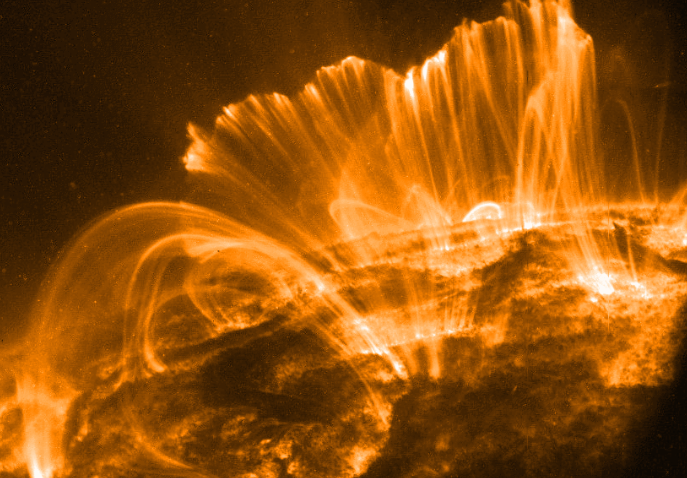 On September 6th, a team of British researchers detected the biggest solar flare in 12 years. Other high-power solar flares have followed in recent days. A solar flare consists of increased activity of a part of the sun that can be accompanied by ejection of ionized matter. The temperature of the affected area can rise to 100 million degrees. These solar flares are also accompanied by strong X-ray emissions, gamma radiation is on radio waves. Solar flares are classified with letters A, B, C, M and X. Each letter represents an eruption ten times more powerful than the previous one. The solar flare on September 6th was ranked X, the most powerful. On Earth, it should not worry too much because we are protected by the intense magnetic field of our planet which deviates a very big part of the radiations. But as soon as you get away from the ground, it’s more complicated.

On 10 September, the crew of the International Space Station (ISS) had to take shelter in a specific room following one of these particularly violent solar flares. The space station was then in its most sun-exposed orbit. The strong X-ray and gamma-ray emissions from solar storms are also known to disrupt satellite instruments and sometimes even ground installations. And Mars loses its atmosphere under the effect of the solar wind. During a solar flare, this phenomenon is much accelerated. This obviously is a major problem for space exploration beyond low orbit. People can not be exposed to radiation rates that are so high for several days, which creates additional stress when thinking about Martian travel, for example.

If astronauts have to stay two years on a mission outside the Earth’s magnetosphere, there are risks that they will experience episodes of more or less intense solar flares. Should we try to shorten the trip with more efficient engines, or rather provide a means of protection for astronauts in the face of these solar flares ? This is one of the many problems that the architects of such a mission will have to solve. It will also become a problem for space tourism because nobody is willing to pay huge sums for a space tour if it exposes the tourist to a large dose of radiation.