All about the super-Earths and news 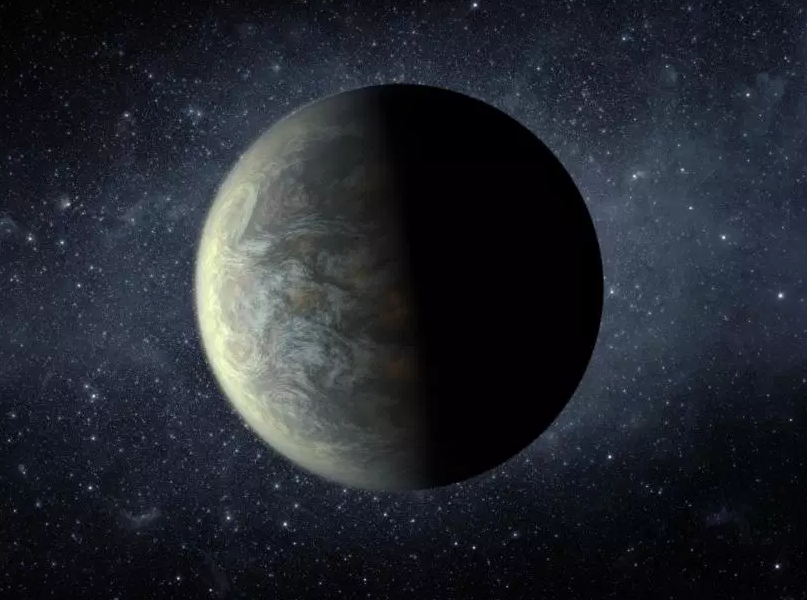 A new super-Earth in the planetary system of Proxima Centauri

We know that Proxima Centauri is home to at least one planet in its habitable zone, Proxima b. Proxima b was discovered in 2016. Its mass is greater than the mass of the Earth. It could potentially have liquid water. However, it faces the violent eruptions of its star. There is also a good chance that it is in synchronous rotation with it, that is to say that it always shows the same face to Proxima. Proxima b could shelter life, but the conditions seem far from ideal. This is the closest exoplanet to us but it might not be the only one.

An Italian team thinks they have detected a second planet around the star Proxima Centauri. Like Proxima b, this team came to this conclusion thanks to the radial velocity method. This still hypothetical planet would be about 1.5 astronomical units from the star. As Proxima is a red dwarf, it means that the planet would receive very little radiation from its star, so that it would be very cold on this planet, -130 degrees Celsius on average. Proxima c would have a mass at least six times the mass of our planet. It would be a super-Earth. But without information on its density, it is impossible to know if it is a planet composed mostly of rock or gas.

Before debating the interest of such a super-Earth, its existence must be confirmed. So far, Proxima c is only a candidate exoplanet. The observations were based on data from the HARPS (High Accuracy Radial Velocity Planet Searcher) of ESO. Installed on the La Silla observatory in Chile, it had already participated in the discovery of Proxima b. Additional observations could be made by the Gaia astrometry mission for example. This would be an opportunity to confirm that Proxima is actually undergoing movement under the influence of a newly discovered massive body. It is also possible that the radial velocity variations detected by the two researchers are due to a combination of several planets. In any case, Proxima’s planetary system is an interesting target just 4.2 light years from us. This is an excellent target for direct imaging.

We can also dream about projects like Breakthrough Starshot, an initiative that aims to explore the planetary system using laser-powered micro-probes. Launched at 20% of the speed of light, it would send us information about Proxima and its planets in just a few decades. But for the moment, the technological obstacles to such a mission are enormous. Proxima and its planetary system remain the most accessible targets for interstellar travel. Let’s hope that the planets that orbit around the star are worthy of interest.

In recent years, discoveries of exoplanets are linked at an ever increasing speed. Do the seven rocky planets of TRAPPIST-1 host one or more civilizations ? Has life appeared among the violent eruptions of Proxima Centauri ? What does a planet-ocean look like ? How would a civilization fit on a rotating planet synchronous with its star ?

Michael Liedtke of the Sonneberg observatory in Germany is devoted to this type of exercise. In a study that has just been published, he details the advantages and challenges that a civilization developing on a super-Earth, a planet of terrestrial type but of much greater mass, would have to face. Speculation is difficult because this type of planet does not exist in our solar system. It is impossible to start from a known planet.

Liedtke selected Kepler-20b, a real planet orbiting a star quite similar to our sun, a little less than a thousand light years from the Earth. Kepler-20b is almost ten times more massive than the Earth, which is theoretically advantageous from the point of view of life. With such a mass, the planet probably has an active nucleus and therefore a magnetic field to protect itself from the radiation of interplanetary space. We can also imagine that its intense gravitational field has trapped a thick atmosphere. But this same gravitational field could condemn a civilization to be trapped forever on Kepler-20b. It is already difficult to leave the Earth : it takes a lot of effort and resources. It can take several years before you can send an object to another planet. Straying from the gravity of a super-Earth is a task
even more difficult, maybe even impossible.

Take the example of the Saturn 5 Apollo program, the most powerful and massive rocket ever designed by humanity. It has already been difficult to contain its 3000 tons of propellants in a tank. If the hypothetical inhabitants of Kepler-20b had similar propellants, it is a rocket capable of burning 400,000 tons of propellants that they will have to design. This implies having engines of monstrous power and engineering capabilities never seen. Impossible to cheat, the strong gravity of Kepler-20b will have flattened any mountain which could have allowed to climb to an altitude of a few kilometers. On top of that, the supposed thick Kepler-20b atmosphere would add a substantial drag to an already huge rocket.

In summary, the super-Earths are perhaps the habitat of civilizations very intelligent but nevertheless trapped. We can see part of the response to the Fermi paradox. However, it can be argued that the hypothesis is based solely on chemical propulsion. These same civilizations may have to find specific answers to their problems. We could be part of a lucky minority able to leave their heavenly habitat among a multitude of civilizations condemned to immobility. This is an excellent argument for spaceflight.

Image by NASA, artist view of Kepler-20 b.