All about SmallSats and news 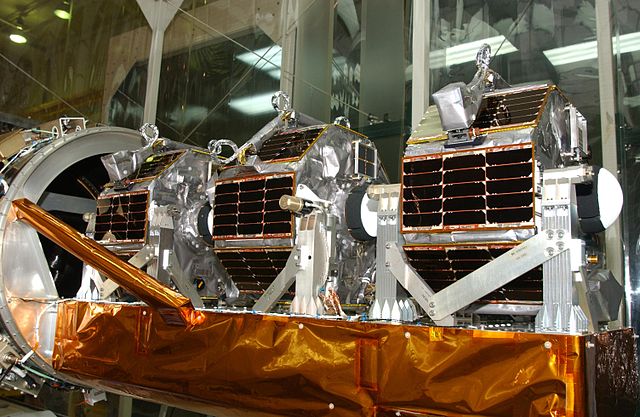 The SmallSats market is exploding. More and more new businesses are being created to take advantage of this opportunity. Some are already operational like Rocket Lab and its space rocket Electron. But many other companies are only at the design stage of their launcher. The CEOs of many of these companies met at the Small Satellite 2018 conference in Washington last week. They expressed concern over Chinese competition, which could drastically lower prices. This pressure on prices is already present on the CubeSats, which can now take off for $ 250,000, while it cost $ 400,000 a few years ago. Yet, US companies are banned from using Chinese launchers. But the rest of the world uses Chinese launchers : Europeans, South Americans and Canadians have already used Chinese rockets to orbit their payloads.

This is likely to increase because the Chinese government has decided to let its private sector develop space rockets, as in the United States of America and Europe. Many start-ups were quickly created, for example LinkSpace. LinkSpace is very much inspired by SpaceX. The Chinese company wants to develop reusable launchers. It has already built three prototypes capable of making small leaps and hovering. LinkSpace then wants to create a dedicated SmallSats launcher whose first floor will be reusable. This space rocket would be called New Line 1. It should be able to place a payload of 2100 kg in sun-synchronous orbit at a lower cost than Rocket Lab’s Electron space rocket, for a similar load, while Rocket Lab is already considered as a low cost solution by Westerners. LinkSpace hopes to launch its first New Line 1 rocket in 2020.

LandSpace is also targeting the SmallSats market with its first LandSpace-1 (LS-1) rocket. LandSpace, like its Chinese counterparts, does not intend to sell its solutions on the Chinese market only. LandSpace has already signed a contract for the launch of a satellite owned by a Danish company. The US market is likely to remain closed, but Europe and the rest of the world could make greater use of low-cost Chinese launchers. X-Space already offers flights to the low orbit at $ 10,000 per kilo. For a comparative load of 200 kg, that amounts to $ 2 million, even cheaper than LinkSpace.

The company will also try the adventure with launchers a little heavier. From this year its rocket should make its first flight. It will be able to place 1.5 tons in low orbit. For manufacturers and operators of SmallSats, cost is often a determining factor. China’s price offensive could have a major impact on Western businesses. Only the US market will be preserved by law. But it is not sure that this will be enough to bring sufficient contracts to Rocket Lab or Orbex for example. If we add to that the giants of the sector like Stratolaunch and Virgin Orbit, it will need important assets to stand out. But competition is the ideal environment for original solutions to emerge.

The SmallSats market continues to grow. SmallSats are satellites of less than a few hundred kilograms. In 2017, this market should represent a little less than $ 3 billion. And the outlook is very good as SmallSats is expected to represent a market of more than $ 7.5 billion in 2022, which represents an annual growth rate of more than 20% over the next five years.

As a result, many new launchers dedicated to SmallSats are being announced around the world. For example, Sweden is very interested in it. Sweden has a launch base in the far north of the country, called Esrange. It is used to fire space probes and atmospheric balloons. More than 550 space probes have been launched since 1966. The Swedish government has asked the Swedish space agency to create a feasibility study on the launch of SmallSats from the Esrange launch pad. The project had already been studied in the early 1990s, but the small satellites market made it difficult to justify this investment.

Now that there is really a lot of money involved, the SmallSats are of interest to many people. For example, the British company Orbex unveiled last week some details about its launcher dedicated to SmallSats. It will focus on the polar orbit, with an orbiting capacity of 265 kg. The company hopes that its rocket will be operational within a few years. To achieve this, Orbex will be able to use its launch base on the north coast of Scotland. The company has a research center of 1200 m² and another site of 1000 m² for the testing of its engines. The thrust of the engine should be a little over three tons. It has already been tested 45 times in different tests.

The first stage of the rocket will embark six engines. The fuel has not yet been unveiled, we only know that it will use liquid propellants. Orbex wants to be the direct competitor of Rocket Lab, which made the first flight of its Electron rocket this year. We are waiting to see if other alternatives will arrive elsewhere in Europe. There should be a real price competition. SmallSats should therefore become much more accessible for commercial applications.